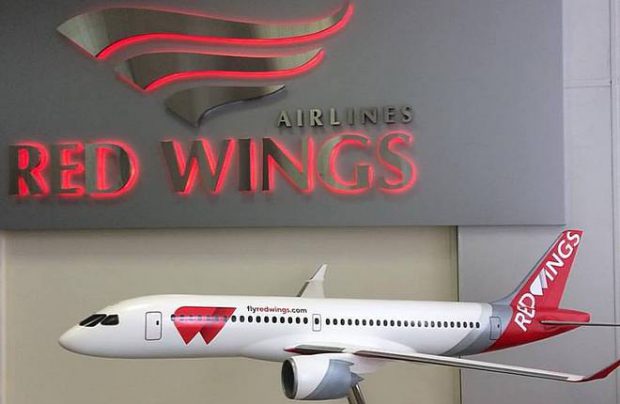 Red Wings, Russia’s only potential airline customer for the Airbus A220-300, has abandoned its plans to lease these aircraft types whilst, as part of a new fleet development strategy, the airline has also decided to retire its Tupolev Tu-204s and concentrate instead on operating Airbus A320-family aircraft until the arrival of Russia’s new-generation MC-21 narrow-body airliner.

State-owned Red Wings Airlines, which had intended to be the first in Russia to launch operations of the Airbus A220-300 (previously known as the Bombardier CSeries) in May, has decided to abandon the project, Evgeny Klyucharev, the airline’s general director, has revealed to Russian Aviation Insider.

Along with that decision, the carrier is now also ending its Tu-204 operations and will base all of its future air services on a fleet consisting of the Airbus A320 family. Although these measures could impede the airline from reaching its ambitious traffic growth targets, it will help maintain financial efficiency.

Red Wings dissolved its leasing contract for six A220s after lessor GTLK Europe (the Ireland-based division of Russia’s State Transport Leasing Company) unexpectedly amended the contract price. Klyucharev refuses to disclose the figures, but points out that the Red Wings is “disappointed” by the occurrence, as it had far-reaching plans for the A220 aircraft type.

Meanwhile, GTLK has confirmed to Russian Aviation Insider that Red Wings has indeed backed out of the deal because of the A220 price increase and, subsequently, the inflated leasing rates. “The price of the aircraft increased, which led to the escalation of the leasing rate. [Therefore] the contract with GTLK was annulled. The aircraft will be remarketed, as there’s demand for this type on the market,” insists Tamara Sudakova, representative for Russia’s largest leasing company.

The Airbus A220 still lacks a Russian type certificate.

Red Wings’ fleet currently lists four Airbus A320s, eight A321s and five Tu-204s. The latter were retired from the airline’s schedule in October and the airline now admits the ageing Russian airliners will not resume operations. “We are through with them. Formally they remain listed on our Air Operator’s Certificate and we maintain their airworthiness, but there are no plans for their further operation [with us],” Red Wings’ top executive emphasises. These aircraft are on operational leasing contract from Red Wings’ parent, Ilyushin Finance Company, which is part of United Aircraft Corporation. The airline has been considering their retirement since last September, largely because of their low fuel efficiency and service life maintenance issues.

In its earlier plans Red Wings had envisioned adding 10 aircraft in 2019, a move which would have almost doubled its western-built airliners fleet. Now it will receive only four Airbus A321s this year, with the first delivery scheduled for April and this aircraft will be the first to be painted in the airline’s new livery under a re-branding effort announced last year. Red Wings’ active fleet will thus include 16 Airbus A320-family aircraft, as the airline is not looking for a direct replacement for the A220s, Klyucharev says.

In 2018, Red Wings became one of Russia’s fastest growing airlines. It carried 2.6 million passengers, beating the previous year’s figure by 62 per cent, thereby entering the top-10 ranking of Russia’s biggest airlines. Its seat-load-factor climbed by three percentage points to an impressive 86.3. Such dynamic growth has continued this year too – according to Russian Aviation Insider’s data. In January the airline enjoyed 80 per cent traffic growth, a 100 per cent increase in RPKs and a further increase in its seat load factor by four percentage points.

Clearly, after the change in fleet strategy implementation, this improvement trend is unlikely to continue throughout this year. Nevertheless, the retirement of the “challenging” Tu-204s and the renouncing of the costly A220s are big indications of the financial stability that the airline is prioritising.

State-controlled Red Wings, which celebrated its 10th birthday last year, originally positioned itself primarily as an operator of only Russian-built aircraft, with the Tupolev Tu-204, the Tu-214 and the Superjet 100 making up the core of its proposed fleet. It attributes the current fleet expansion plan made up entirely of western-made aircraft to a desire to develop traffic in its regional markets in advance of its firm order of 16 of the Russian next-generation MC-21 narrow-body airliners produced by its parent, United Aircraft Corporation. Originally planned for delivery this year, the MC-21 will not see Red Wings colours before 2022, given the delay to the programme.