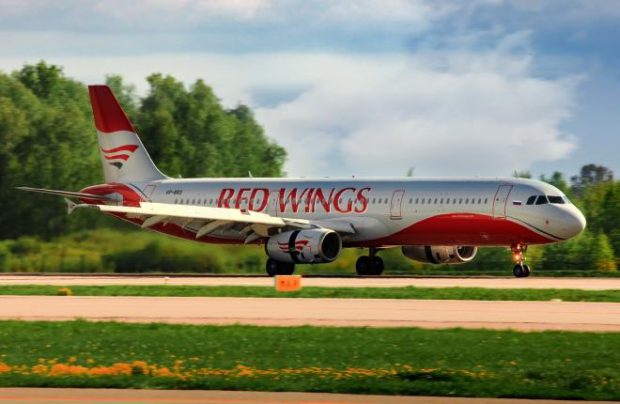 Russian airline Red Wings, which had until recently operated only domestically built aircraft, took delivery of its first single-aisle Airbus A321 (serial number 802, manufactured in 1998) on May 19 at the carrier’s base airport Domodedovo (Moscow).

Red Wings’ plans to add Airbus aircraft to its fleet became public this February. The airline is planning to take five more A320-family airliners. These will include one A321 leased by Aviation Capital Group, as well as four A320s initially meant for Nordavia, a Red Wings partner which was originally planning to expand its fleet by 12 of the type. The airframes are understood to be covered by a six-year lease contract.

The A320 family aircraft will be the intermediary stage for the airline to prepare routes for its future similar-capacity Russian Irkut MC-21 single-aisle aircraft (Red Wings has already placed an order for 10 of the type). The A320 baseline configuration seats between 150 and 180 passengers; the A321 seats between 185 and 236; the MC-21-300 holds between 163 and 211 seats.

Red Wings CEO Evgeny Klyucharev says the airline plans to acquire 10 A321s, which will help it “get ready for MC-21 and repay the debts”. The Airbus aircraft will be maintained by Archangelsk-based MRO operator Nord-Technik.

The airline is also planning to add at least 16 MC-21s, to initially substitute its Tupolev Tu-204s and then the carrier’s entire A320 fleet as well. The just-delivered A321 complements the airline’s fleet of six Tu-204s and a single Tu-214. The operator originally expected to put into operation a VIP Tu-204-300 and another Tu-214, but these plans have since been abandoned.

Red Wings is now the 10th Airbus operator in Russia, with the country’s overall Airbus airliner fleet standing at around 290 units.