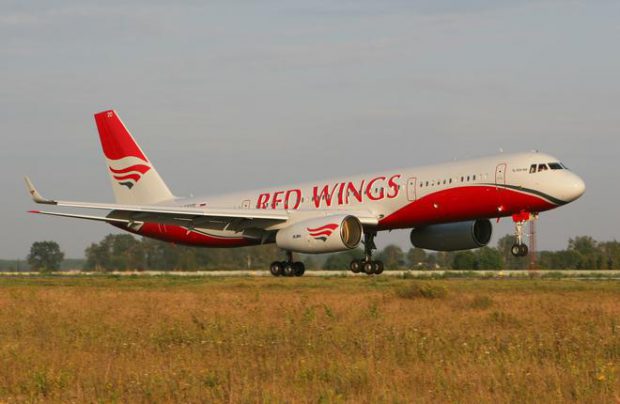 The Russian airline Red Wings, which has so far flown only domestically-produced aircraft, is going to introduce Airbus A321 narrowbody airliners into its fleet. Delivery for the European-produced aircraft is to begin in the second half of this year, says Aleksandr Rubtsov, head of Ilyushin Finance Co. (IFC), which is buying 100% of Red Wings’ shares. The airline is expected to replace its fleet of A321s and Tupolev Tu-204s and -214s with Russia’s new MC-21 narrow-body aircraft from 2019.

There is currently no news of how many A321s the carrier is going to take on, although, according to Rubtsov, it is expected to receive up to six airframes. Vedomosti daily cited a source, familiar with the negotiations on the aircraft delivery, who said that there may be four new A321 aircraft in Red Wings’ fleet by the end of this year, and the same amount by next year. The A321 aircraft will be taken on short-term leases of up to five years.

The Airbus A321 will allow Red Wings to roll out new routes with MC-21 airliner in mind, as these aircraft have similar passenger capacities. Red Wings has already signed a contract for the delivery of 10 MC-21s, although Rubtsov has not excluded the possibility of adding five or six more of them.

According to Rubtsov, the development of new routes and the readiness to take on new Russian aircraft is the main mission of Red Wings. The result of this is that the airline should be ready for the new aircraft, with an already established route network to touristic and resort destinations and a customer base. For this reason, Ilyushin Finance has decided to buy out the airline, which has been undergoing financial difficulties.

In order to work out its financial issues, Red Wings has decided to develop a five-year business plan, which includes the task for the company’s management to bring the airline out of loss and begin a stable growth of operational profit within the next two to three years.

“This should contribute to growth by increasing the size of the fleet and the scope of the business,” says Rubstov. Red Wings’s issues with debt are, according to Rubtsov, for the most part solved – the remaining debt is much less than it was before the IFC takeover. Red Wings has increased its balance sheets and now has the chance to take on new aircraft.