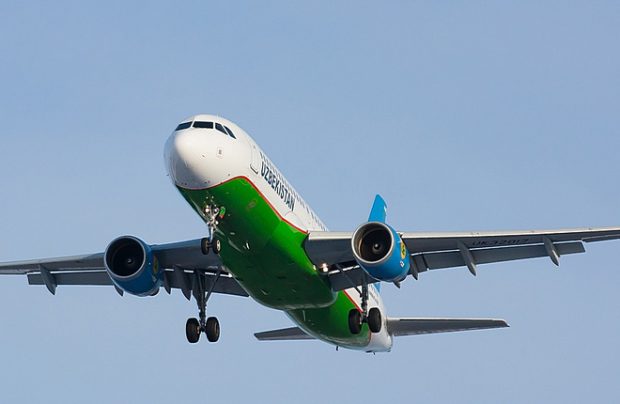 Continuing the positive trend set in 2017, Uzbekistan Airways carried 3.173 million passengers last year, an impressive 17 per cent year-on-year improvement that saw Uzbekistan’s national carrier passing the three million passengers milestone for the first time in its history. This is in stark contrast to the period between 2014 and 2016 when the Uzbek carrier’s passenger numbers were consistently in decline.

Analysis of the latest numbers shows that last year 1.91 million passengers travelled internationally and 1.477 million within the CIS region, while 606,000 flew on Uzbek domestic routes.

Of the total traffic, 25 per cent of its travellers (800,000) were foreigners. The airline defines its prime markets as Russia, Turkey, the UAE, Kazakhstan and South Korea.

The considerable improvement in the airline’s operational performance is attributed to the outcome of a number of major restructuring processes that are steadily reshaping the country’s commercial aviation industry, in a development supported by the presidential decree which encouraged measures for “radical improvement of the civil aviation of the Republic of Uzbekistan” and which have been in force since November 2018, points out Umid Khusanov, Uzbekistan Airways’ deputy general director.

The government bill also covers the concern’s rotorcraft and aerial business arm, which is transforming into Uzbekistan Helicopters Ltd. That separation, as well as other important changes leading to enhanced efficiency, is being carried out with the assistance and supervision of the World Bank.

Among other positive effects of these efforts is the addition of 36 weekly frequencies and an increase in average daily flight times to 10.9 hours from 8.1 hours per aircraft in 2017, the airline reports.

Furthermore this year, Uzbekistan Airways has commenced operations of the Airbus A320neo and has taken delivery of its fourth B787, ahead of the expected further two deliveries before the end of this year. The fleet expansion is being financed by the airline itself, according to the report.

In other developments affecting the market, greater liberalisation has led to stiffer competition, as the number of foreign airlines flying to Uzbekistan increased to 20 in 2018 from 13 in 2017. Combined, they operated 11,957 flights, nine per cent more than in the previous year.

As with all aviation sectors, rising fuel costs affected Uzbekistan Airways’ business numbers last year. Despite this, it nevertheless reduced its airfares by 13 per cent on international and by 50 per cent on domestic routes so that the fuel cost now accounts for 40 per cent of the ticket price.