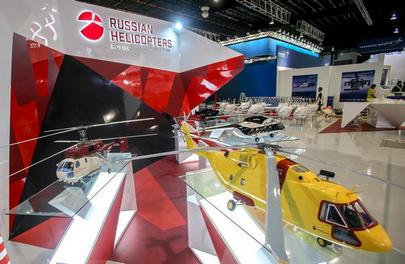 The amount of the deal may reach $600 million (Photo by Leonid Faerberg / Transport-Photo.com)

Rostec Corporation signed agreements “on the main condition of investment” into the Russian Helicopters at the sidelines of the St. Petersburg International Economic Forum yesterday. According to the agreement, Russian Direct Investment Fund (RDIF) and a pool of Middle East investment funds will acquire up to 25% of the helicopter manufacturing holding, the total investment of which Rostec’s general director Sergey Chemezov estimated at up to $600 million.

The RDIF will buy out part of the holding’s existing shares and new shares to be issued by Russian Helicopters. Rostec’s deputy director Sergey Skvortsov explained that the Republic of Tatarstan, which currently holds 5% of stock in the holding, will give up its share. About 16% more will stem from additional issue of shares.

The deal may be closed until November of this year. Prior to this, it will be determined how the shares are distributed among the RDIF and the Middle East investors.

The new investors will have a right to allocate two representatives to the Russian Helicopters’ board of directors. Foreign citizens will have privileged, not voting interests, which will set a limit to their influence on the holding’s operations.

The planned deal “will provide additional investment, which is necessary to implement Russian Helicopters’ strategy and business-plan, which includes developing new helicopter models and entering new markets,” according to Rostec.

“Our helicopters traditionally enjoy high demand in Middle Eastern countries due to their excellent performance in adverse weather conditions and in remote, hard to reach areas,” Mikheyev said.

A representative of RDIF did not disclose to Russian Aviation Insider the potential investors from the Middle East. However, in April this year Rostec’s Chemezov mentioned negotiations regarding sales of Russian Helicopters’ shares with Abu-Dhabi based Mubadala Development.

Russian Helicopters has already made attempts to attract foreign investment. The previous one was in 2011, when the holding intended to conduct a public share placement at London Stock Exchange. The holding was counting on raising up to $500 million, but the placement had to be cancelled due to low investor interest.