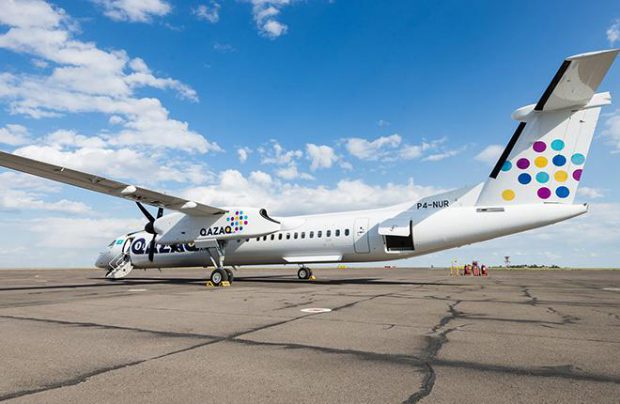 The Kazakh regional airline Qazaq Air, which currently operates only domestic flights, hopes it can begin international service in 2017, a year earlier than local lawmakers have given the company. The airline has already begun discussion about opening a route to the Russian city Tyumen, the airline’s commercial director, Adel Dauletbek, told Russian Aviation Insider. Besides this, the airline is looking at opening routes to other Russian cities, as well as to destinations in other countries in Central Asia.

The list of destinations in Russia that the company is looking at operating routes to includes cities in the Urals and Siberia: Yekaterinburg, Omsk, Tomsk, Novosibirsk, and Chelyabinsk. “We could fly to other Central Asian countries from Almaty,” Dauletbek told Russian Aviation Insider, “that is, to Kyrgyzstan, Tajikistan and Uzbekistan. From Aktau we are interested in operating regional flights, while from Astana we could fly to Russia, including destinations in Siberia. We are convinced that these routes will have a good demand”.

The company can count on connecting Siberia with Central Asia, through its network of short routes through Kazakhstan. It will also help the airline with revenue load at night. The majority of regional airports in Kazakhstan operate only at night, whereas larger, international airports work around the clock. “Many international operators fly into Kazakhstan at night because that is the most convenient option for them,” said Dauletbek.

According to Kazakh law, Qazaq Air will not be allowed to fly internationally until at least 2018. There is a rule that operators are required to gather three years’ experience on domestic routes before they can apply to operate international routes. However, not long ago the aviation authorities lifted this requirement because of Expo 2017, announcing open skies in the country. The top management of Qazaq Air hopes to use this opportunity to expand into other countries, bypassing the requirement.

“We hope that due the large number of foreign guests in the country [because of Expo 2017] the government will make a positive decision and make an exception for us,” said Dauletbek, “as we are able to operate short international flights that offer no interest to larger carriers.” Work on this is already in process and the company can count on a success.

Qazaq Air was founded in 2015 and is completely owned by the State National Welfare Fund Samruk-Kazyna. The fleet now consists of three turboprop Bombardier Q400s Next Generation. The route network includes 12 cities in Kazakhstan.