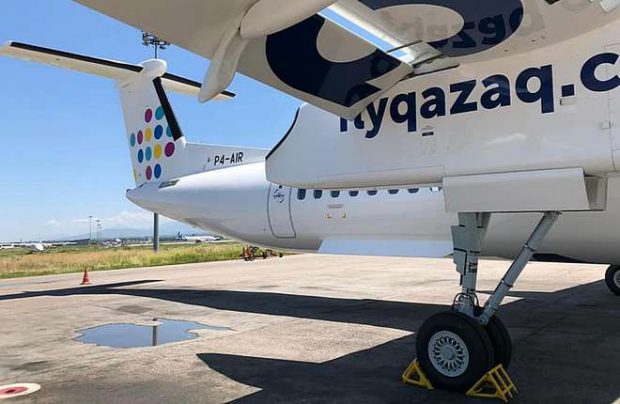 With Qazaq Air successfully concluding its second IOSA, the renewal has confirmed the airline’s commitment to “the highest safety standards throughout all levels of the company,” advises Plamen Atanassov, chief executive of the airline. “IOSA registration has allowed our airline to become a full member of IATA, giving great opportunities for the development of cooperation with the global aviation community,” he adds.

In the course of the audit, which was conducted in June 2019, the accredited independent auditors performed comprehensive checks on nearly 1,000 individual standards and recommended IOSA practices thereby covering all aspects of the airline’s operational activities including the company’s organisational structure and corporate management, its safety management system, flight operations, operational control and flight dispatch, aircraft MRO, cabin and ground handling operations, cargo operations and aviation security.

This summer the airline launched its first international flights from Kazakhstan to Kyrgyzstan and from Atyrau to Astrakhan (Russia).

Qazaq Air, which is 100 per cent-owned by the Kazakhstan Samruk-Kazyna National Welfare Fund, was launched in August 2015 and, by the first half of 2019, had served some 170,000 passengers, a 16 per cent year-on-year improvement. Its aim for this year is 420,000 passengers amidst a change of its base airport from Almaty to the country’s Nur-Sultan (formerly Astana) capital.