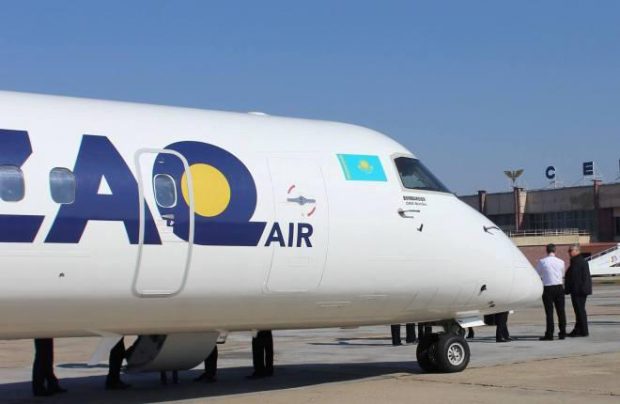 Kazakhstan’s state-owned regional airline Qazaq Air has enjoyed a 55 per cent upswing in traffic in the first half of this year compared with the same period of 2017.

The airline, which is 100 per cent-owned by the state-run Samruk-Kazyna Fund, operates scheduled service on 10 routes within the country. Since its launch in mid-2015 the total number of its passengers has reached 600,000, the airline reports.

“In March this year we served our half-millionth customer, and at the end of 2018 we plan to have carried 700,000 passengers since the launch of Qazaq Air, thus reaching an average traffic total of 350,000 passengers per year,” Blair Treherne Pollock, the airline’s chairman of the board says. He also points out that this year the airline has seen its seat load factor climb impressive 19 p.p. to 76 per cent. “This is an indication that the demand for regional services within Kazakhstan is growing steadily, and we will continue to develop those routes required by our passengers,” Pollock concludes.

The airline is currently working towards obtaining its IATA Operational Safety Audit (IOSA) certificate in the second half of this year, a development which Pollock notes is an “important” achievement. “This certificate will prove our compliance with the safety standards adopted by the International Air Transport Association. And safety is our priority,” he emphasises.

Another substantial development during the first half of this year, is a Memorandum of Understanding (MoU) on strategic cooperation in international regional passenger transportation, which Qazaq Air signed with China Express Airlines this June. The cooperation could develop into the Chinese carrier’s participation in the privatisation of Qazaq Air.

The Kazakh airline currently operates three 78-seat Bombardier Q400s with an average age of less than three years. Its fleet expansion plans include the delivery of two new next-gen Canadian-built turboprops in the spring of 2019.