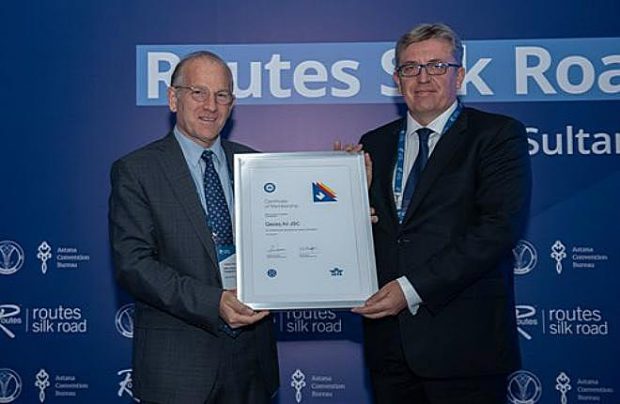 Qazaq Air, the state-owned Kazakh regional carrier, has become the country’s latest member of the International Air Transport Association (IATA). The airline’s chairman Plamen Atasov states: “The confidence that comes from being acknowledged as an IATA member brings international recognition and opens new international partnership opportunities for the airline.” He is also hopeful that the new status will help his airline strengthen its position as “the leading regional carrier” in the CIS.

Qazaq Air shared with Russian Aviation Insider its plans for expanding its route network following the successful completion of its IATA Operational Safety Audit (IOSA) last year and the delivery of new aircraft. This summer the airline launched international flights from Kazakhstan to Kyrgyzstan and from Atyrau to Astrakhan (Russia).

Qazaq Air launched in August 2015 and by the first half of 2019 it had served some 170,000 passengers, a 16 per cent year-on-year improvement. Its aim for this year is 420,000 passengers amidst a change of its base airport from Almaty to the country’s Nur-Sultan capital.

As well as Qazaq Air, Kazakhstan is also IATA registered by the national carrier Air Astana and its largest private airline SCAT.