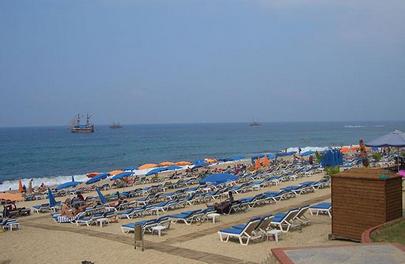 Before the ban, about 5.5 million people flew between the two countries in 2015 (Photo by Cano58 / Wikipedia)

The Russian President Vladimir Putin ordered on June 30 to lift the ban on Russian charter flights from flying to Turkey. An executive order, which went into effect immediately, has been issued. The full text of the order is available on the Kremlin’s website.

The ban on charter flights and other sanctions against Turkey were imposed by the Russian government in November of last year, after a Russian Su-24 bomber was shot down by a Turkish F-16 fighter aircraft over Syrian territory. Putin announced on June 29 that the ban would be lifted, two days after he received a letter from Turkish President Recep Tayyip Edrogan, who, according to different sources, either apologized or described the incident as regrettable.

Turkey was the number one destination on the list of Russian charter flights before the ban was enacted. According to the Transport Clearing House, 5.459 million people traveled between Russia and Turkey aboard charter flights in 2015. The drop in passenger air traffic on the Russian market is blamed partially on the ban of flights to Turkey.