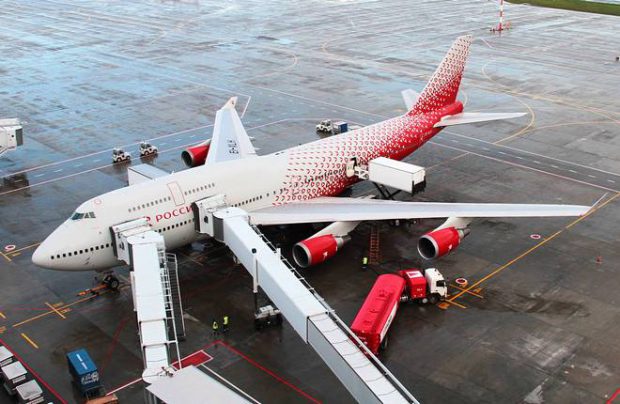 Russian president Vladimir Putin has informed the cabinet of his intention to allocate more than 23 billion roubles (US$310 million) to the country’s COVID-19-crisis hit airlines. Eligible carriers will be able to use the funds to cover their aircraft lease payments and staff payrolls.

Last autumn Putin gave instructions to allocate a similar amount of federal funds to compensate airlines for the unbudgeted spikes in fuel prices – but the airlines are still waiting to receive them. The carriers also point out that, in the on-going critical situation, this latest amount is barely enough to cover their fixed costs for the second quarter of this year.

The Russian government is to allocate more than 23 billion roubles to support the country’s airlines affected by the on-going Coronavirus pandemic following the lock-down of international air travel and the introduction of restrictions on movements inside the country, Russia’s president Vladimir Putin announced at an on-line meeting with the cabinet yesterday.

“We know that the air transport industry is facing serious challenges. As an emergency measure it is necessary to allocate more than 23 billion roubles to airlines,” he said. The president pointed out that these funds may be used to cover “aircraft lease payments, the topping up of working capital, staff payroll and aircraft parking payments,” and other fixed costs, he advised.

In a letter delivered last week, Russia’s Air Transport Operators Association pointed out to first vice-premier Andrey Belousov that, in the second quarter of 2019, Russian airlines’ fixed costs – those not related to the actual flight time – stood at 176.9 billion roubles (US$2.4 billion). Thus, the planned 23 billion roubles subsidy would not last even through June.

Industry analysts have been unable to fathom how this particular sum was calculated, how and when the funds will materialise and what the principles for their distribution would be. They suspect that it may be the same amount that had already been promised to the airlines last year.

In the autumn of 2019, Vladimir Putin instructed his cabinet to allocate virtually the same 23.5 billion roubles sum to compensate airlines for the 2018 fuel cost spikes. Those promised funds have not yet reached the recipients.