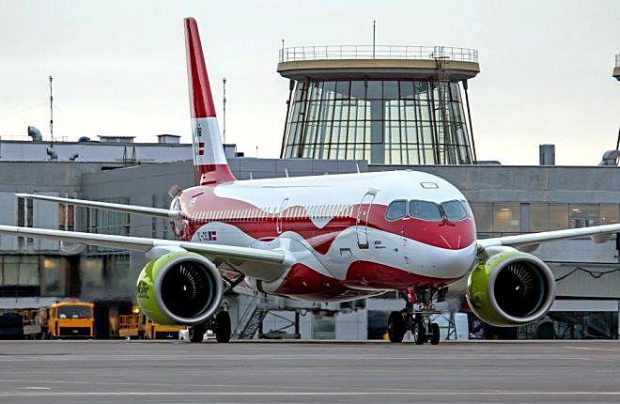 Pulkovo is Russia’s fourth largest airport after Moscow’s ‘big three’, having handled 18.2 million passengers in 11 months of 2019, a 8.2 per cent improvement on the previous year (Pulkovo Airport)

Stating January 1, 2020 seventh freedom of air is officially introduced at St. Petersburg’s Pulkovo Airport (IATA code: LED) for the next five years, Russia’s transport ministry announced. The new regime is valid for airlines from 30 European countries, and the list may be expanded in the future. In combination with electronic visas and flexible airport service fee policy the project may yield good results, the industry insiders believe.

Seventh freedom of air entitles airlines to carry passengers and cargo between the country which has imposed it and third country with no requirement to include on such operation any point in the territory of the state of the airline’s registration.

Flights to further nine countries exclude capitals and large cities – Austria (except Vienna), Bulgaria (except Sophia), the United Kingdom (except London), Germany (except Berlin, Dusseldorf, Hamburg and Munich), Spain (except Barcelona and Malaga), Italy (except Rome and Milan), Cyprus (except Larnaca and Pathos), France (except Paris and Nice) and Czech Republic (except Prague).

This roster largely corresponds with the list of countries, where travelers can visit St. Petersburg using recently introduced electronic visa, with the exception of the United Kingdom.

The exclusion of popular travel destinations from the no-restriction list is an indication that the ministry tried to protect the competitive benefits of Russian airlines.

It was mainly low-cost carriers, which expressed immediate interest in launching flights to Pulkovo capitalizing on the seventh freedom of air. According to transport ministry, inquiries have been received from WizzAir, Ryanair, EasyJet, Volotea, airBaltic and Fly One. Russian authorities will start reviewing the applications for the project early next year, and expect European airlines to submit the details of their flight programmes by that time.

Pulkovo is the first case of the seventh freedom of air on Russian territory. Although three Russian airports have accumulated certain experience with the Open Sky – Vladivostok (permanently), Sochi (valid until March 2021) and Kaliningrad (until the end of 2021) – they operate under fifth freedom, and so far the results of these pilot projects have not met the expectations of exponential traffic growth.

Pulkovo is a special case, however. According to Leonid Sergeev, general director of Pulkovo’s operator Northern Capital Gateway (NCG) the Open Sky combined with e-visa and the airport’s flexible service fee policy for international flights and flights to Moscow will give a boost to Pulkovo’s strategy to evolve as an international aviation hub. “Now under these unique market conditions, new comer foreign airlines are offered growth opportunities in St. Petersburg, whilst Russian airlines can expand their regional networks from Pulkovo and increase their frequencies to existing destinations. I am confident that this will give a strong impetus towards growth of transfer and international passenger traffic through Saint Petersburg,” Sergeev concludes.