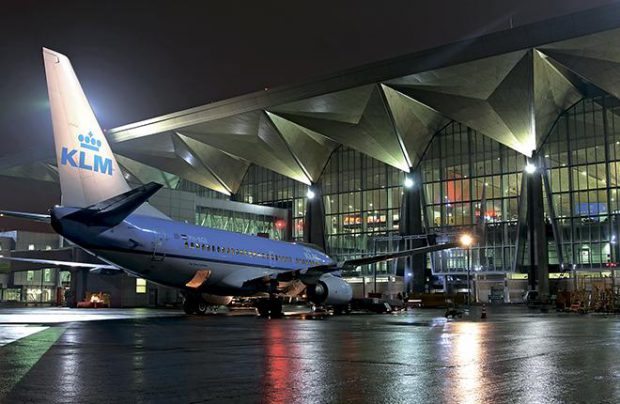 After two years of stagnation, the outlook for Pulkovo is bright once again: new carriers are launching flights into St. Petersburg’s airport, while its existing customers are building frequencies and expanding route networks. The airport itself is putting a lot of effort into introducing new destinations and attracting transit passengers.

Evgeniy Ilyin, commercial director of Pulkovo’s managing company Northern Capital Gateway (NCG), spoke to Russian Aviation Insider on the sidelines of the Wings of the Future 2017 forum. He revealed that international traffic is the main driver behind the surge in the gateway’s 2017 performance. Once direct air services to Turkey were resumed, Russian traffic to Turkish leisure destinations kicked back. Several new carriers began flying to St. Petersburg in 2017, including the LCCs Wizz Air and Buta Airways (the latter is an affiliate of Azerbaijan’s flag carrier AZAL), as well as Nordica, Cyprus Airways, Russian start-up Azimuth, Qatar Airways (flying to Doha), and China’s Lucky Air (to Kunming and Chengdu).

Russia’s S7 Airlines, one of Pulkovo’s largest customers, has also been at work expanding its network from St. Petersburg, from just two routes in 2016 to 15 by the end of 2017. The carier intends to continue developing from Pulkovo in 2018.

The airport’s expectations of the coming year are mostly positive. The plan is to serve up to 18 million passengers; traffic is projected to grow further, on the existing routes as well as the new ones, such as the route to Dresden which has been announced by the airport’s new customer Germania.

Pulkovo expects further international traffic growth, primarily to China, Turkey, and other Asian countries. “Chinese traffic has been doubling every year for the past three years,” Ilyin says, adding that the Asian and North American markets are of key importance at the moment. The airport expects its 2017 traffic on direct flights from and to China to reach some 240,000 passengers, with an equivalent figure served by connection flights.

European destinations, such as France, Germany, and the UK, are also quite promising. British Airways is currently the only carrier serving the London-St. Petersburg route; Ilyin believes the market can certainly accommodate another carrier, and at least one new destination in Britain.

There is some domestic development potential too, including because the October 2015 folding of Transaero Airlines left the country’s Far Eastern market underserved.

STILL NOT A HUB

In the past two years, the airport struggled to attract foreign carriers. Things are moving faster now. Still, Ilyin says, there are several factors limiting further development of international air travel through St. Petersburg, including the complicated visa procedures for foreign tourists arriving in Russia: “Some airlines note that the time and money the average tourist spends getting a short-stay Russian visa are comparable to what they have to pay for their air ticket.”

The airport is working hard to boost transit traffic, which currently accounts for just 3% of the total passengers passing through Pulkovo. Back in 2015, the facility implemented M2, a program developed by the Transport Clearing House in order to support connection flights between airlines which have no bilateral interline or code-sharing agreements. The program currently involves 15 participants, including Pskovavia, Belavia, UVT Aero, Yakutia Airlines, RusLine, and Air Moldova.

Pulkovo is also looking into the self-connect concept, which means that the participating airport guarantees connections between otherwise non-partnering airlines to transit passengers. The difference from M2 is that a self-connect solution does not offer any agreements between airlines or through fares, so the passenger will have to recover their baggage at the connection airport and check it in again between the two legs. However, self connect does guarantee the onward connection even if one of the two flights has been canceled.

Pulkovo is planning to introduce self connect in 2018. Ilyin says this will bring the share of transit passengers up to at least 50% of the total traffic0. The airport is interested in greater transit numbers, which generate both airside and landside revenues.