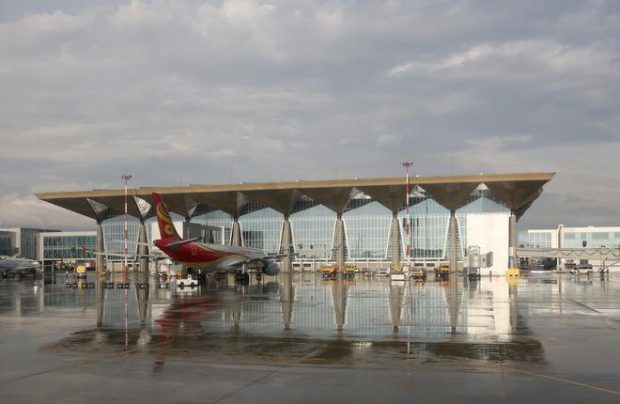 In the first two months of 2017 traffic through Pulkovo surged 28.8% to 1.881 million passengers (Photo by Fyodor Borisov / transport-photo.com)

In the first two months of this year Pulkovo’s traffic climbed at a rate of 28.8%. Notably, the international segment grew faster than the domestic one – up 36% to 526,700 passengers against 26% to 1.354 million passengers respectively. The high growth rate is partly explained by the low base of the beginning of 2015. However, the forecast remains quite optimistic even for the high summer season, Ilyin said.

NCG’s executive also emphasized that both international and Russian carriers are increasing their presence in St. Petersburg by adding frequencies. In particular, KLM doubles the number of its flights to Amsterdam 9to 14 weekly flights) and Finnair increases the frequency of its flights to Helsinki.

The airport’s base carrier, Rossiya Airlines (subsidiary of Aeroflot Group) has also started to expand its programs from Pulkovo, unlike its strategy in the previous seasons. It re-launches regular flights to Istanbul and Antalya, which are expected to contribute significantly to the overall traffic growth. It also increases frequencies of flights to Barcelona, Burgas, Varna, Vienna, Hamburg, Dusseldorf, Munich and Rome. Among the new charter destinations are Podgorica in Montenegro and Pardubice in the Czech Republic.

The airport’s second largest customer is Ural Airlines, which, although it doesn’t base its aircraft in St. Petersburg, operates flights to 30 destinations by reducing its turnaround times.

St. Petersburg airport is still hoping that the incoming tourism traffic will surge once the Russian government facilitates the process of obtaining the Russian visa. There are two initiatives being discussed at the moment – a 72 hour visa-free period and electronic visa application. However, the final decision on these projects has not been made yet.