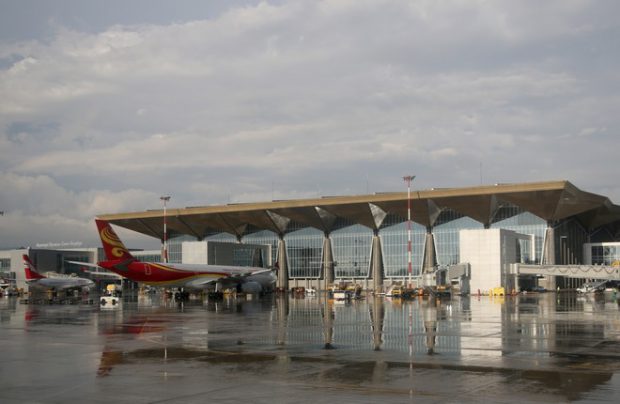 In 2016 the direct traffic between St. Petersburg and destinations in China grew by 89% (Fyodor Borisov / Transport-Photo.com)

The program, which is aimed at restoring passenger traffic shrunk due to the unfavorable economic situation in the country, offers discounts off the airport’s fees for launching flights to destinations not served from Pulkovo before, and will be financed by the city.

The city authorities have posted a list of 50 strategic destinations within and outside Russia, which it wants to see in the airport’s schedule and have reserved 180 million rubles (about $2.9 milliom) for the cause, Yevgeniy Ilyin, commercial director of the airport’s operator, Northern Capital Gateway (NCG), told Russian Aviation Insider. The program will complement the already ongoing incentive provided by NCG.

“We’ll be offering up to 80% discounts on service fees for new international destinations, and 60% for domestic routes,” Ilyin explained. “We’ve already got the first candidate for the incentive – Ural Airlines is opening a flight to Eilat Ovda Airport in Israel.”

The downturn in the Russian economy hurt the airport’s business in many ways. Its base airline, Transaero left the market a year ago, whereas declining international traffic caused many foreign carriers to curtail their flights or abandon the destination altogether. At the same time, most international flights of the airport’s other base airline, Rossiya, were transferred to Moscow by the carrier’s parent company, Aeroflot.

“Rossiya’s current traffic volumes are sustained at approximately last year’s level,” said Ilyin. He admitted that at an earlier stage the airline cancelled some of its routes from St. Petersburg, “but the majority of them have been taken up by other carriers,” he said.

“We are constantly working on attracting new carriers to the airport. There are ongoing negotiations with Russian carriers to open international routes from St. Petersburg on aircraft, which would be based in Pulkovo,” explained NCG’s executive regarding the airport’s near-term development strategy. He specifically highlighted the success of the airport’s efforts towards attracting Chinese airlines. “In eight months of 2016 the direct traffic between St. Petersburg and destinations in China exceeded 110,000 passengers. This is 89% more than for the same period of last year. We are now working on acquiring the Welcome Chinese certificate, which confirms the level of terminal service required by the Chinese Tourism Academy. We have already introduced several specific services, including schedule and announcements in Chinese and Chinese-speaking staff,” said Ilyin.