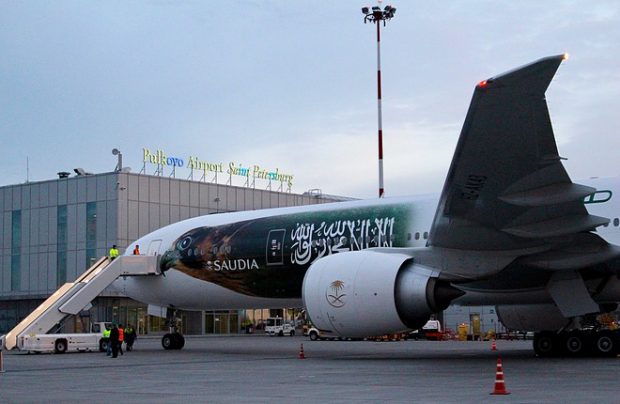 Pulkovo Airport (LED), serving St Petersburg, one of the FIFA 2018 World Cup host cities, handled 2.2 million passengers in the period of the championship from June 13 to July 15, 11.4 per cent up over the same period last year – which equates to roughly the average growth rate which the airport’s operator Northern Capital Gateway (NCG) had expected for this year.

Domestic traffic numbers grew slower than international, at 8.9 per cent against 14.5, but exceeded the international traffic in numbers, 1.2 million against one million, respectively. The number of aircraft movements, including numerous charter flights for football fans and 1,726 VIP-charters, totalled 18,793. The peak date was July 11, after the semi-final match between Belgium and France. On that day alone Pulkovo handled 74,608 passengers on 884 flights, including 264 business aircraft movements. In total 67 flights were carrying national football teams.

“The additional volume did not affect the airport’s general traffic [flow] thanks to the strategic utilisation of the temporary terminal for charter flights at Pulkovo-2 (the old international terminal, which was taken of service after the new terminal became operational – Russian Aviation Insider),” NCG’s general director Vladimir Yakushev revealed in a statement.

The old terminals, which were set up with temporary security check lines, Customs and passport control points, handled some 11,000 passengers. “We […] plan to [continue to] use the infrastructure created for the championship. We also hope that the simplified visa regime will be continued and therefore attract further incoming tourism traffic to St Petersburg,” he concluded.

The idea of continuing to use the infrastructure of the old terminal has been voiced for the first time. Previously, when commenting on its plans for further airport development, the NCG management insisted that the scheme was “work in progress”.

In the first half of 2018, Pulkovo’s traffic exceeded 7.951 million passengers, up 11.3 per cent year-on-year. The domestic segment grew at the rate of 6.1 per cent (4.902 million passengers), whereas international traffic climbed 20.9 per cent to 3.049 million. This improvement makes Pulkovo Russia’s fourth largest airport, serving routes to 150 destinations. The top-five of Pulkovo’s Russian airline customers generated 59.4 per cent of the airport’s total traffic. On the international side, the largest contributors were Lufthansa, Belavia, Uzbekistan Airways, Emirates and KLM.