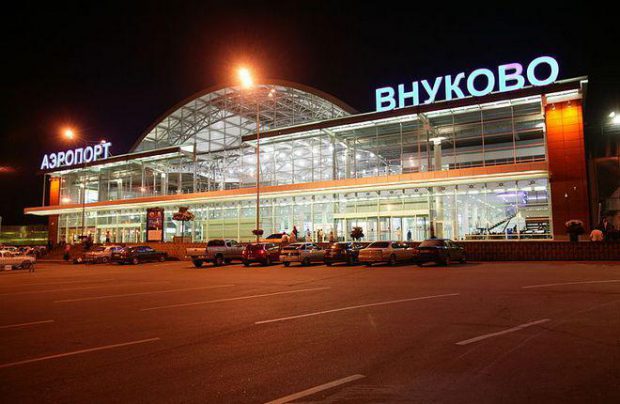 Terminal B was sponsored by VTB bank (Photo by Maxfastov // Wikipedia)

Private owners of the third largest Moscow airport Vnukovo agreed to pledge their shares to the state-controlled VTB bank which actually means it will now be able to foreclose their ownership stakes.

The Vedomosti reports as much as 74.88% of stocks will be pledged in favor of VTB. The decision appears to be one of the measures to extend the period of the loan provided by the financial institute. The debt is currently being restructured considering the fact that the airport is to receive a public guarantee for 5.5 billion rubles (about $75 million). The Russian Ministry of Economic Development has issued relevant recommendations this week. Although the governmental committee is still to finally approve the guarantees, there are little doubts the decision will be positive.

Vnukovo owes VTB about 11 billion rubles. Initially, a 10-billion ruble loan with a five-year payment period was provided by the Bank of Moscow (later merged with VTB) in 2012 for the construction of Terminal B, which was brought into operation the same year. “We pay the interests on time and have no issues with payment discipline but the airport is not able to pay down the principle of the loan. Due to deteriorating economic situation the passenger traffic has dropped significantly and fallen behind our business plan this year,” chairman of board of directors and co-owner of Vnukovo Airport Vitaly Vantsev explains.

In April this year VTB asked the government for an 8.4-million ruble guarantee for the airport loans expressing readiness though to extend the credit line up to 16.8 billion rubles. The recently built Terminal B, which was sponsored by VTB, is already the subject of pledge within the previous loan.

In 2015 the gateway serviced 15.8 million passengers while this year the traffic is expected to be only 13.6-13.8 million people vs. 16.5 million targeted in the business plan. Such traffic reduction was one of the reasons that Vnukovo airport could not automatically prolong the loan for five more years.

Now the parties are considering a seven-year extension. The airport administration hopes the passenger traffic will grow again next year and hit the target value of 16.5 million people. The active growth of the Russian low cost Pobeda based in Vnukovo is expected to contribute a great deal to that.