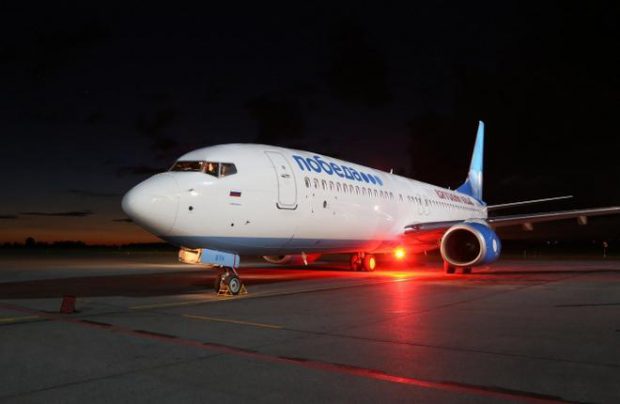 Pobeda, a low-cost subsidiary of Russia’s Aeroflot Group, has once again exceeded its traffic targets. In 2016 it had carried 4.3 million passengers, up 38.7% from 2015, the airline reported. The initial forecast expected Pobeda to reach the 4 million passenger target, but it was later upgraded to 4.2 million passengers.

The airline said that 12% of its passengers in 2016 used air transport for the first time in their life. In 2015 the share of first-time flyers was a bit higher, at 15%. 37.6% of Pobeda’s clients became the airline’s frequent flyers.

Pobeda has not yet reported on its financial results, however Aeroflot’s CEO Vitaly Saveliev assessed earlier that the low-cost carrier’s 2016 net income would exceed 2 billion rubles ($33.7 million). In 2015 Pobeda showed profit of 32 million rubles according to Russian accounting practice standards, and 80 million rubles of loss according to IFRS.

The Russian low-cost carrier commenced operations on December 1, 2014 and launched international service in a year. Throughout 2016 the operator focused on developing its international route network. Today it includes Baku in Azerbaijan, Almaty in Kazakhstan, Girona in Spain, Bratislava in Slovakia, Cologne/Bonn in Germany, Tbilisi in Georgia, Tivat in Montenegro, Gyumri in Armenia and other.

Pobeda operates a fleet of 12 Boeing 73-800s. The airline earlier told Russian Aviation Insider that it is expecting to take delivery of five more aircraft of the type this year.