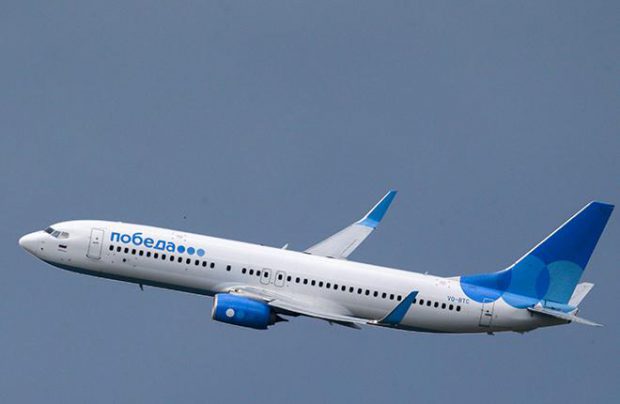 Russia’s only low-cost carrier Pobeda Airlines will add 18 Boeing 737-800s before the end of 2019, the airline’s parent company Aeroflot Group reports, citing the protocol of the latest stakeholder meeting.

Ten more aircraft will be leased for Pobeda via sister company Aeroflot by SB Leasing Ireland Limited, a subsidiary of Russia’s Sberbank. Deliveries are scheduled for 2018-19 timeframe, but might yet be revised. The lease term will not exceed 12 years. These could be the 10 aircraft initially intended for Transaero, which ceased operations in 2015. Aeroflot reportedly agreed to take delivery of the airframes from Sberbank.

Pobeda’s current fleet consists of 12 737-800s. Giorgio Callegari, Aeroflot’s deputy general director for strategy and alliances, told Bloomberg that the first four new -800s will enter service with Pobeda before the end of 2017. Further eight airframes will arrive in 2018, and the remaining six are to follow in 2019. This will bring the airline’s total fleet to 30 aircraft in two years. Pobeda plans to expand to 45 airliners eventually.

The operator’s fleet management strategy has survived several iterations. Initially the fleet was to rech 40 aircraft by 2018. Later, as the crisis hit the air travel market, Aeroflot General Director Vitaly Savelyev said the target would take five years to achieve.

Based at Moscow’s Vnukovo airport, Pobeda Airlines focuses on point-to-point services, mostly from Russia’s provinces to leisure destinations. It operates several international routes, to Italy and Germany, but its further geographical expansion is limited by the 373-800’s range.

As of June 27, the airline had carried the total of 10 million passengers since launched in December 2014. In the first five months of this year its traffic grew 6% year-on-year to 1.696 million. The seat load factor increased 9.8 percentage points to 92.6%. The airline expects to have carried 5 million passengers in 2017.