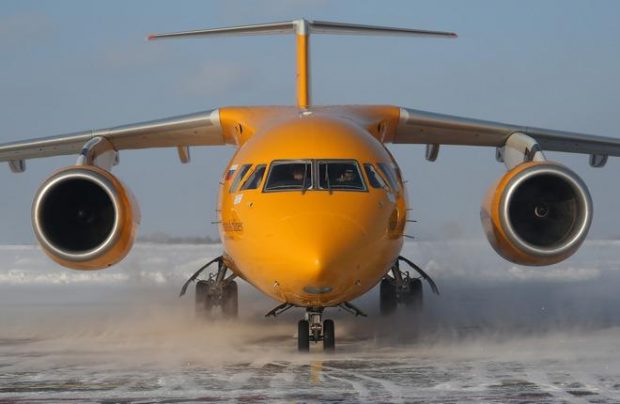 The February 11 crash of a Saratov Airlines An-148 regional jet may have been caused by incorrect airspeed indication due to pitot-static pressure sensor icing, the Interstate Aviation Committee has concluded based on preliminary analysis of the data recovered from the aircraft’s flight data recorder (FDR).

“Preliminary analysis of the recording, as well as analysis of similar incidents which had taken place in the past, gives reasonsto assume that incorrect airspeed indication on the pilots’ displays was a factor in the development of the non-standard situation in the air,” reads the committee’s statement. “This, in turn, may have been caused by icing of the pressure sensors, whose heating had not been switched on.”

The investigators believe that the situation started to develop 2 minutes 30 seconds after takeoff, when the aircraft was flying at a speed of 465 to 470 km/h. “There appeared discrepancies in the airspeed readings of probe 1 (on the captain’s side) and probe 3 (stand-by),” the statement continues. Unreliable airspeed data moved the crew to disengage the autopilot, after which “the aircraft was forced into a dive with pitch angles of -30 to -35 degrees and at a negative vertical acceleration of up to 0 G.”

The impact with the ground occurred at 14:27, six minutes after takeoff.

The recovered FDR contains data pertaining to the crashed airliner’s last 16 flights. The records revealed that in the 15 flights preceding the ill-fated one, pressure sensor heating would be switched on prior to takeoff.

The inquiry continues. The investigator are awaiting the arrival of the aircraft’s designers from Ukraine’s Antonov State Enterprise.

Saratov Airlines’ An-148 (RA-61704) crashed near the village of Stepanovskoye outside Moscow on February 11, 2018. The carrier has since temporarily grounded its remaining five of the type.