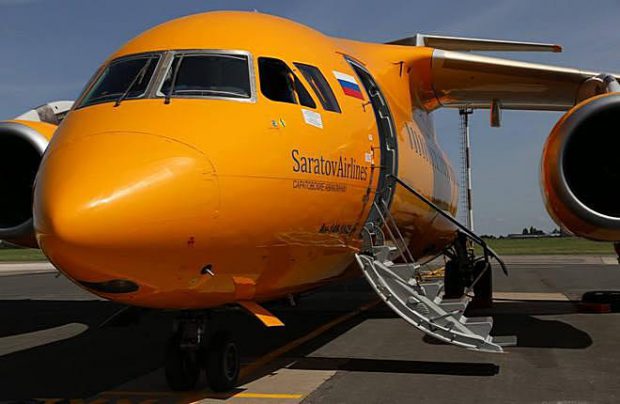 The pilots of the crashed Antonov An-148 failed to turn on the airspeed probe heaters, an oversight which lead to icing during the climb (Saravia)

The Interstate Aviation Committee (IAC) has published its final investigation report of Russia’s Saratov Airlines Antonov An-148 crash in the Moscow region in February 2018 (Flight 703), categorising the accident as loss of inflight control (LOC-I) and attributing it to wrong actions taken by the flight crew during the climb out of Moscow.

The investigators concluded that the pilots of the crashed aircraft failed to turn on the airspeed probe heaters, an oversight which lead to icing during the climb, and which meant that the crew received erroneous airspeed indications lower than the aircraft’s actual airspeed. To increase the speed, the pilots subsequently initiated a descent, misperceiving the risks due to low visibility, and since the airspeed was high, the aircraft hit the ground in a steep dive.

The report also points out that the crew was in a rush to depart, as the aircraft had arrived with a delay from its previous flight, and they were trying to make up for lost time. As a result of this haste, the pilots apparently failed to check whether the sensor heaters were turned on.

The accident investigation commission noted deficiencies in the safety management system at Saratov Airlines and stressed the lack of proper oversight over the quality of crew training by Russian aviation authorities at all levels. This situation led to the issuance of pilots’ certificates, suggesting that the flight crew did not “fully satisfy the qualification requirements.”

The incident occurred when Saratov Airlines Flight 703 was en-route from Moscow to Orsk on February 11, 2018 and crashed several minutes after departure. All 65 passengers and six crew were killed.

The aircraft in question, RA-61704, was manufactured in 2010 by Voronezh Aircraft Production Association in Russia in cooperation with Ukraine’s Antonov. It was earlier operated by Rossiya Airlines and has been subleased to Saratov since February 2017.

In the aftermath of the accident, Russian authority Rosaviatsia conducted an audit of Saratov Airlines and, based on the findings, suspended its Air Operator’s Certificate. The regional airline stopped operations on March 31 in the same year.