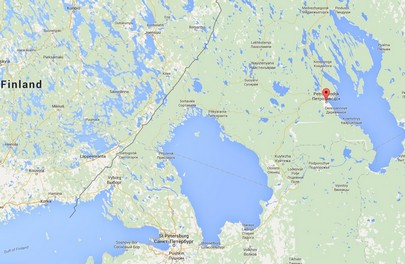 Petrozavodsk Airport has officially reestablished regular air service after reconstruction. Beginning service on January 17, RusLine operates a 50-seat Bombardier CRJ200 regional jetliner. The carrier connects Petrozavodsk, the administrative center of Karelia, a region in Russia’s northwest, with St. Petersburg. It also intends to establish service to Moscow at some time during the winter 2016 schedule. Additional plans include launching regular flights this summer to Simferopol and Anapa, two of Russia’s popular holiday destinations.

Aeroflot’s low-cost subsidiary, Pobeda, expressed interest in Petrozavodsk as well. The airline posted an inquiry on a public job search portal for a ground handler and a passenger service agent.

The regional administration and airport management intend to increase airport traffic to about 300,000 passengers per year to ensure the airport balances its budget. Throughout 2016, flights to Petrozavodsk from St. Petersburg and Moscow will be subsidized with federal and regional funds, accordingly.

Construction on new administrative buildings and an international passenger terminal is planned to start in the summer of 2016, according to an agreement signed by the administration of Karelia and the company Aeroinvest. The latter committed to invest 800 million rubles ($12.3 million) into construction of the airport. The concept design for a terminal building with a capacity of 150 passengers per hour has been completed. The existing terminal building will continue to be in service; however, it will be repurposed once the new terminal is in operation.