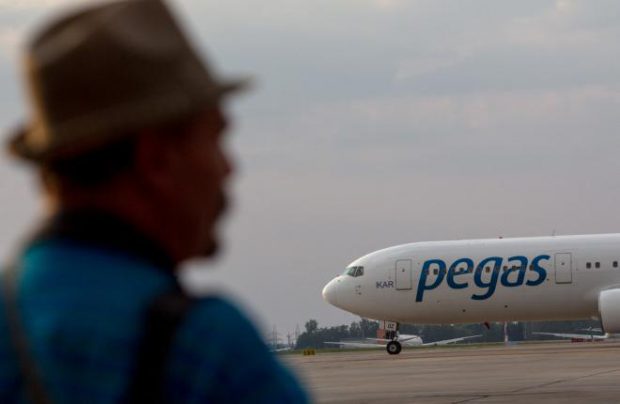 The regional airliners will mainly be used on international routes out of Zhukovsky (Leonid Faerberg / Transport-photo.com)

The seven aircraft of interest are currently located in Poland and Costa Rica. Pegas Fly has yet to comment on the E190 plan.

The carrier is planning on operating the new aircraft out of Zhukovsky outside Moscow, and to use them to develop its international route network, a process that will be simplified due to Zhukovsky’s status as a non-Moscow airport.

The airline already operates flights to Tel Aviv, and plans to launch services to Baku, Azerbaijan on March 7. In addition, the Russian internet portal Yandex has the carrier down on its timetable as operating flights to Baku with an E190 starting March 25.

According to Russian Aviation Insider’s source, line maintenance on the E190s will be carried out by Pegas Fly’s regular MRO provider NW Technic. In a recent interview, NW Technic CEO Valery Pashaev noted that his company already possesses the requisite certification for maintenance on the type.

Pegas Fly carried 88,200 passengers in January, an increase of 8% year-on-year, according to the Federal Air Transport Agency. The airline operates a fleet of six Boeing 767-300s and two 737-800s. It currently occupies 15th place in the ranking of Russian airlines by passenger traffic.