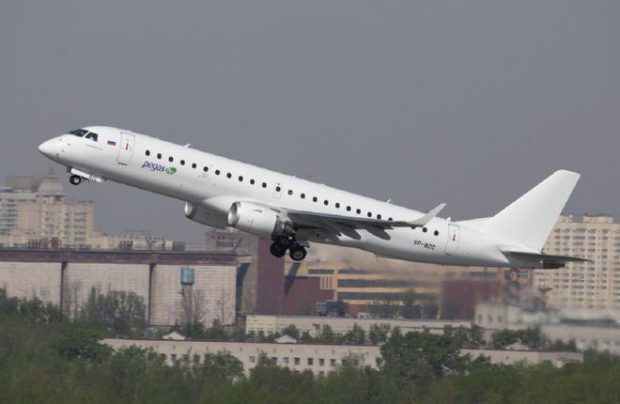 Pegas Fly has become Russia’s third operator of the Embraer family of E-Jets, with the start of commercial operations of the Embraer E190 (tail number VP-BZC), which it has taken on lease from Nordic Aviation Capital (NAC).

Pegas Fly (the commercial name of Ikar Airlines which, along with its sister carrier Nordwind Airlines, is part of the Pegas Touristik group) is awaiting the delivery of six more pre-used E190 regional jets. Two are scheduled to join the first aircraft at its Sheremetyevo base before the end of May. The initial aircraft, the first such variant of the type in Russia, will be maintained by NW Technic, the group’s maintenance, repair and overhaul (MRO) provider.

Configured with 110 passenger seats, it has already operated flights from Sheremetyevo to Volgograd, St Petersburg and Krasnodar. This conflicts with the airline’s initial plan for the E-Jets, which specified that they would instead be positioned at Zhukovsky, another airport near Moscow, and operate flights to Europe.

In line with this proposal, Pegas Fly obtained the necessary commercial rights from this small airport for services to Amsterdam, Oslo, Prague and Stockholm, but whether parent company Pegas Touristik has decided to put off or abandon this plan remains uncertain, as it has refused to comment on any questions concerning the E190.

Meanwhile, Russia’s fleet of E-Jets continues to grow, albeit slowly, despite the government’s efforts to promote and support the Russian-made rival the Sukhoi Superjet 100 (SSJ100). With Pegas Fly becoming the first operator of the E190 in the country, the only E-Jet variant not currently operated in Russia is the Embraer E175 (ERJ170-200). S7 Airlines operates 17 E170s and Saratov Airlines is expecting delivery of further two Embraer E195s.