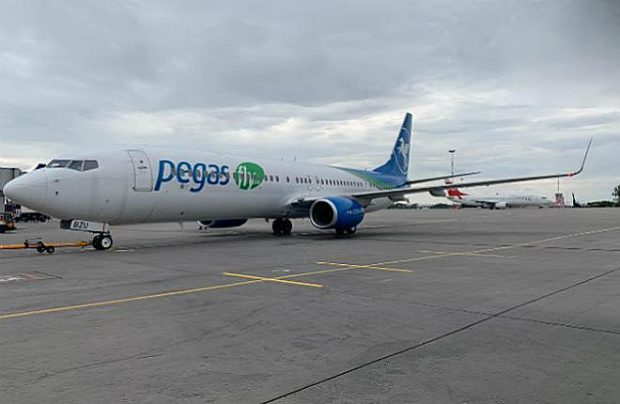 It was initially planned that both aircraft would be transferred solely to the fleet of Nordwind Airlines, which is the leading member within the Pegas Touristik Group. Eventually though, the decision was taken that Pegas Fly would operate the additional aircraft instead.

As part of a general fleet redistribution project, the first aircraft (VP-BZV), already painted in the corporate colours of Nordwind, arrived at Moscow in early April but was reconfigured from 215 to 209 passenger seats since then, whilst retaining its livery. The second aircraft, in Pegas Fly colours, was received in late June.

Russia’s biggest charter carrier Azur Air is the country’s first operator of the largest member of the B737NG family.

Pegas Fly is not expecting any further aircraft additions this year.

According to its first half-year 2019 results, Krasnoyarsk-headquartered Pegas Fly became one of the fastest growing airlines in Russia, with more than 1.2 million people served, up 37.2 per cent year-over-year. Thus the airline has taken 11th place in the ranking of Russian air carriers by passenger numbers. By contrast, in this period, sister scheduled/charter airline Nordwind grew by only 4.1 per cent year-on-year, having served some 2.4 million passengers in the period.