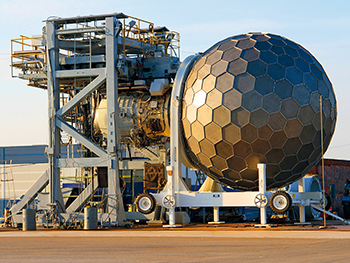 United Engine Corporation (UEC) is bringing a prototype of its new PD-14 turbofan engine to the MAKS exhibition for the first time this year. The prototype is the fifth test engine; it has already undergone open test bench trials in Perm.

The beginning of the flight tests is now expected in October this year. It was initially planned for June but got delayed due to problems with the preparation of the Ilyushin Il-76LL flying testbed. A UEC source confirmed earlier that a seventh prototype of the engine could be installed on the testbed in August.

Russian certification of the new engine is planned for April 2017, and EASA validation should follow a year later. The baseline variant will be installed on the 160-seat MS-21-300 version of the airliner, while the down-rated 12.5-ton PD-14A is being designed for the shorter modification, the MS-21-200, which will seat 135 passengers. The launch customer is the Avia Capital Service leasing company, which has placed firm orders for PD-14 engines to power 35 MC-21 aircraft that will be delivered Russia’s largest carrier Aeroflot.

For its 2016 maiden flight, the MC-21 will be fitted with Pratt & Whitney PW1400G geared turbofans. The airliner is expected to be certified in Russia and enter into service by the end of 2018.

The PD-14 core engine will serve as the baseline design for a new powerplant family. UEC is proposing the PD-12V turboshaft derivative for the Russo-Chinese Advanced Heavy Lift helicopter, while the 35-ton-thrust PD-35 variant might power the future widebody airliner under joint development by Russia’s United Aircraft Corporation and China’s COMAC. The powerplant selection decision for both joint programs is expected to be made in October this year.