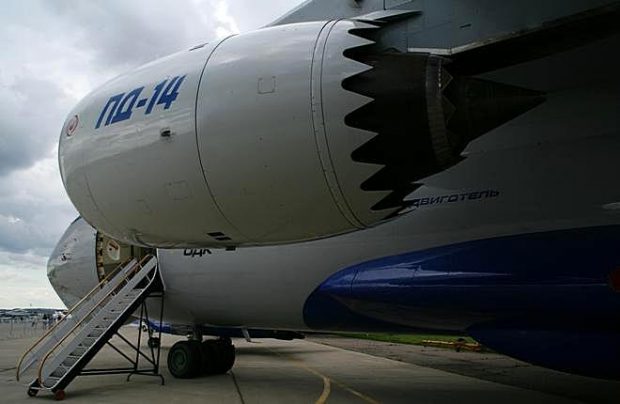 Russia’s United Engine Corporation (UEC) and Irkut Corporation, manufacturer of the MC-21, have coordinated their plans for the timely integration and launch of flight testing of the PD-14-powered version of the Russian aircraft. Currently the advanced narrow-body is undergoing flight tests, but with its first engine option, the Pratt & Whitney PW1400G.

The Russian engine-maker and airframer have agreed to have all design, certification and operational documentation finalised by June 2019, thereby achieving approval for the first flight by July, says Nikolay Durnovtsev, deputy director of the advanced project department at UEC-Perm Motors.

The engine producer is currently finishing the final assembly of the pilot batch of PD-14 turbofans (serial numbers 100-14/15/16) intended for flight testing on the MC-21, and is planning to deliver them to Irkut before the end of this year. The project is nevertheless several months behind schedule, which initially had its first flight pencilled in for the second quarter of next year, but this has now been shifted to the final quarter, with the exact date still to be announced by Irkut. In the meantime, UEC-Perm Motors is assembling engines number 100-17 and 18, scheduled to enter the testing programme in 2020. “It is practically the first time in Russia that an engine is being delivered as an integrated powerplant, which includes air inlet, cowling doors and thrust reverser,” Durnovtsev emphasises.

UEC-Perm Motors’ facilities are currently undergoing EASA certification procedures and the PD-14 received its Russian type certificate in October 2018. So far, more than a dozen engines have been built, and the company has signalled its readiness for full-scale serial production. A bonus is that the engine’s predominantly Russian-made components make it “independent of currency fluctuations,” Durnovtsev points out.

However, he admits that it has not been possible to completely avoid foreign-made parts. “At present, there are 142 part positions which are imported, mostly for economic reasons. For example, it is cheaper to purchase gaskets and washers elsewhere, than in Russia. Key elements such as the combustion chamber are made in Russia. If required though, within two or three years, we’ll be able to make the switch to solely Russian-made parts, but it will have a slightly negative effect on the weight. And when it comes to weight, we are strictly limited by Irkut’s requirements,” Durnovtsev further explains.

Meanwhile, two flight prototypes of the MC-21 powered by Pratt & Whitney PW1400G geared turbofans are currently proceeding with their trials, and will be joined by the third prototype in March of next year. The fourth aircraft is scheduled to fly in mid-2019, Russia’s ministry of industry and trade has reported. The PW-1400G-powered version of the MC-21 is scheduled for certification in 2020 and the PD-14 version is expected to receive its approval in 2021.