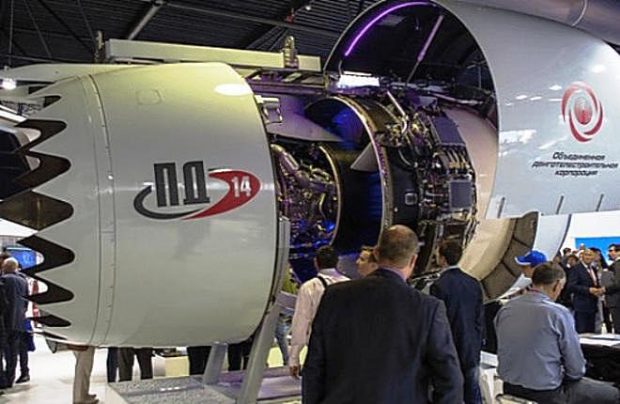 The Russian PD-14 turbofan engine that has been designed to power the all-new Russian MC-21 narrow-body jetliner has been granted a type certificate by the country’s federal air transport agency, a decision that signifies that the powerplant is ready for operation, reports the Russian Ministry of Industry and Trade. Validation of the certificate by the European Aviation Safety Agency (EASA) is scheduled for 2019.

Reportedly, three PD-14 engines will be delivered to MC-21 manufacturer the Irkut Corporation by the end of 2018 for flight tests on one of the prototypes. The first PD-14-powered MC-21 will be demonstrated in Q2 2019 and the MC-21 with PD-14s is due to receive certification in 2021.

The new Russian engine was designed and developed in conjunction with the national 2013-2025 Aviation Industry Development Programme, a project initiated by the United Engine Corporation (UEC).

The engine secured its certification shortly after the formal approval of its FADEC (full authority digital engine control) digital control system – one that boasts extreme reliability, UEC officials say. The engine is capable of working without the need for a hyrdomechanical protection so that all engine modes, from start-up to stop, are governed solely by electronics. The PD-14’s FADEC consists only of advanced Russian hardware components.

The powerplant has also recently completed climate tests under ‘classic’ icing conditions. On top of that, UEC has promised to extend the lifetime of engine components six-fold, by utilising a new heat-resistant granular alloy.

The MC-21 will also offer Pratt & Whitney PW1400G geared turbofans as an option. This version of the aircraft will be the first to win certification. It is believed that its type certificate will be issued by the end of next year.

Russian national flag carrier Aeroflot is planning to receive up to 24 PD-14-powered MC-21s. At the same time, smaller carriers such as Irkutsk-based IrAero and Moscow-based Red Wings, have also shown interest in this version of the all-new Russian airliner.