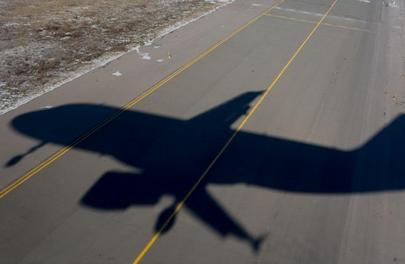 The overall traffic slump was a result of fewer passengers being carried on international routes (Photo by Leonid Faerberg / Transport-Photo.com)

The overall decline can be explained the shrinking international traffic, which fell some 21.4% in March to 2.006 million passengers. Traffic on routes between Russia and the other CIS countries dropped 17.7% to 471,100 passengers; 22.5% fewer passengers (1.537 million) were flown on routes between Russia and destinations outside the CIS. This is fully in line with the long-standing trend of traffic within the CIS shrinking at a lower pace (except for February of this year, when traffic fell 21.7% year-on-year compared to 18.0% to destinations farther abroad).

Domestic traffic grew in March, also keeping with an established trend. A total of 3.830 million passengers were carried domestically (up 11.3%).

The top 15 Russian airlines carried a combined 90.8% of all passengers flown in Q1, up from 77.0%. Since late March, Donavia (13th largest airline for passengers carried) and OrenAir (eighth largest) have been operating as part of the merged super-carrier Rossiya (sixth largest for passengers in Q1). The merger may yet change the landscape of the Russian air transport market: Rossiya is expected to have carried over 9 million passengers in 2016.

UTair so far is the only of the top five carriers to have provided detailed statistics on its March performance. The airline carried 459,400 passengers, 33.7% up year-on-year. Its fleet flew 12,900 revenue hours (up 32.8%). UTair also carried 1,300 tons of freight and 481 tons of mail, or 15% and 96.2% up year-on-year, respectively. The management puts the overall performance growth down to a complex of measures to streamline business processes and adapt the business model to the current market situation, including through introducing additional frequencies and expanding the route network to a greater number of popular destinations.