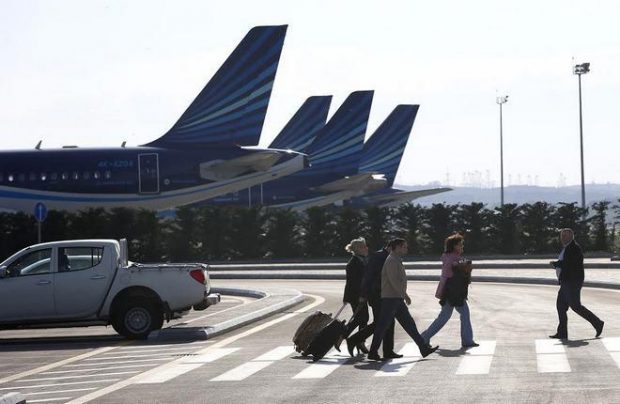 Passenger traffic through Heydar Aliyev International Airport in Azerbaijan’s capital city Baku grew 31% year-on-year in the first half of 2017. In the first six months of this year the airport served 1.69 million passengers. Out of this number, 322,000 traveled through Baku in June alone, the record number since 2014 in absolute figures and the highest growth rate since 2012.

The airport’s international traffic accounted for 85% of the total figure, reaching 1.438 million passengers.

Flights from Heydar Aliyev operate to 53 airports in 50 countries. The airport’s traffic has been growing at a double-digit rate since the beginning of the year. At the end of June, Russian carrier IrAero launched flights to Baku from Krasnoyarsk with Sukhoj Superjet 100 (SSJ100) regional aircraft. The first flight was completely sold out, the airline reported. Another Russian operator, Nordwind Airlines, has announced its intention to start flying on the same route from July.

Traffic at the airport is expected to keep growing as AZAL’s low-cost subsidiary Buta Airways will start operations from Baku in September.