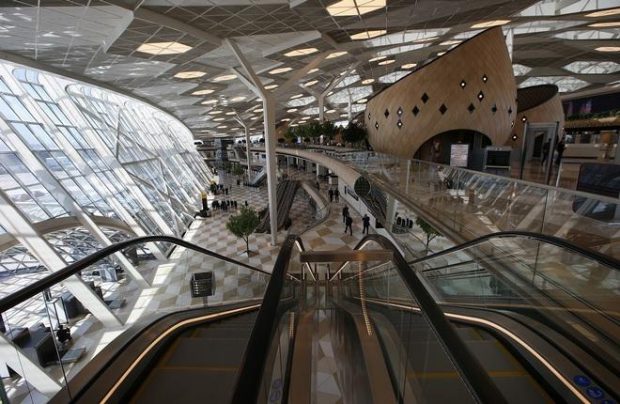 Azerbaijan’s national carrier AZAL accounted for 56% of the overall traffic, transporting 767,000 passengers. Of these, 204,000 traveled on domestic routes.

A total of 85% of all passengers served by Baku traveled internationally, including 48.3% carried by AZAL. The airport serves 27 international carriers, including five low-cost airlines. AZAL’s low-cost subsidiary Buta Airways is expected to launch this fall.

In May this year Baku airport served 315,000 passengers. The city was hosting the Islamic Solidarity Games that month, which generated significant traffic, the airport explains.

Heydar Aliyev airport reported a record passenger traffic for the year in 2016, at 3.26 million (up 8.7% year-on-year). The share of international traffic stood at 83.5%; whereas AZAL carried 51.3% of all passengers traveling on international routes. The number of airlines operating from Baku has since remained the same.