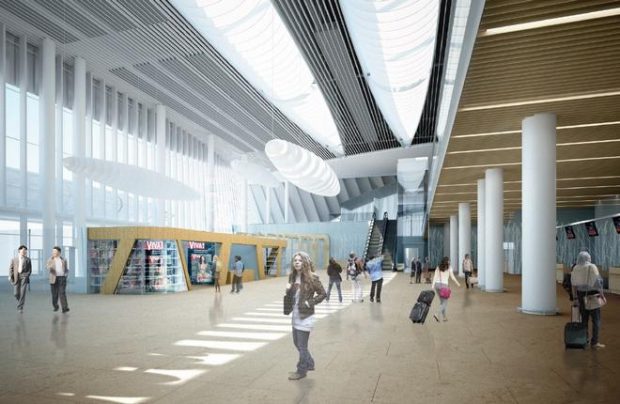 The passenger terminal at the new airport for Russia’s city of Saratov will have a total floor space of 23,000 square meters and an annual capacity of 1 million passengers. The facility will enter service in spring 2019, managing company Airports of Regions reports.

Airports of Regions’ arm Saraero-Invest will finance the construction of both the terminal and the airside facilities. Esta Construction has been announced as the contractor for the project.

The new airport will be located next to the settlement of Saburovka, and will totally replace Saratov’s existing air gateway. The latter is located within city limits, so has limited expansion options.

Phase one of the construction project was approved in February 2017. It includes the federal, investment and regional parts (with the Federal Air Transport Agency, Saraero-Invest, and the Saratov regional administration responsible for the respective scopes of work).

The project implies federal funding for the construction of the airfield and associated infrastructure, while the external communications and the access roads will be sponsored on the regional level.

The airport is to be commissioned by early December 2018. The new terminal will receive its first passengers in October 2019. All of the supporting infrastructure is to be finally put into operation later, within phase two of the project.

Earlier plans called for the airport to become operational in 2017, but the ruble depreciation increased the project costs considerably, causing delays and prompting Airports of Regions to address the federal government with a concession agreement initiative.

The existing Saratov airport serviced 433,000 passengers in 2016 (down 4% year-on-year), placing it in 42nd position across Russia. Airports of Regions insists, however that the new airport outside the city is much needed as “today’s low air mobility of the population suggests we will soon witness a substantial traffic growth”. Besides, the old gateway’s active runway is not compatible with modern aircraft types.