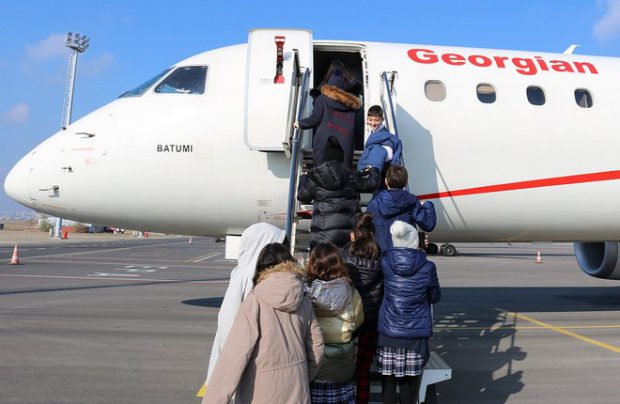 In January, at the start of 2020, Georgia’s airports collectively handled 314,000 passengers, three per cent less than in the same month of last year, according to figures revealed by the Georgian Airport Association. Despite the overall decline, traffic growth was registered at all of the country’s airports – with the exception of Tbilisi, which serves Georgia’s capital city and is the Caucasus country’s largest airport.

Tbilisi International Airport suffered a 16 per cent year-on-year slump after handling some 211,500 passengers in January, compared to 252,100 in January 2019. The decline is attributed to the on-going ban imposed in July last year on key air connections with Russia, as well as the recent suspension of direct flights to China due to the spread of Coronavirus, now officially named Covid-19.

Against that backdrop, passenger flows through Kutaisi International Airport, the Georgian base of Hungarian low-cost carrier Wizz Air, continued to improve, as the airport, which mainly serves flights to European destinations, handled more than 79,700 passengers, an impressive 43 per cent gain on January 2019. Wizz Air has based five aircraft at Kutaisi, and last year launched 12 new routes from its Georgian hub. In addition, the budget airline, which is already the biggest operator in the Caucasus country, also announced plans to further expand its operations from Georgia in 2020.

Elsewhere in Georgia, significant traffic growth was also registered at Batumi, the country’s third largest airport. More than 22,000 passengers travelled through the airport in January, a 38 per cent improvement on last year’s result of 16,000 passengers.

Along with its airports, the entire Georgian tourism industry suffered a major setback when Russia suspended all direct air links with Georgia following social unrest in Tbilisi. That decision shut down one of the liveliest leisure travel markets. The Caucasus country had been expecting to welcome 1.7 million Russian tourists last year.