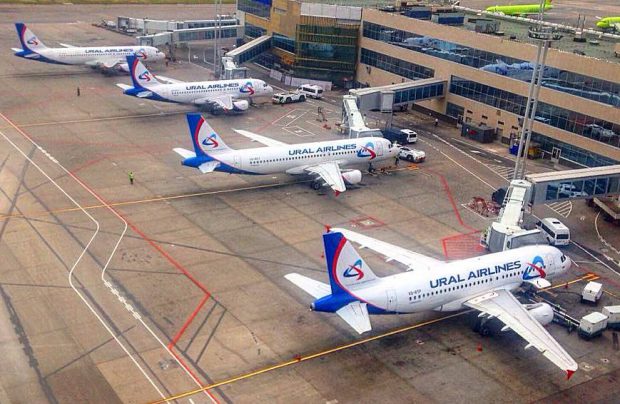 Ural Airlines (U6), Russia’s fifth largest passenger carrier, has reported a healthy seven per cent year-on-year improvement in its 2019 traffic results. The airline served 9.62 million passengers in the year, despite suffering from fleet renewal issues. The figure is slightly short of the originally targeted 10 million, due to the on-going delays in deliveries of the Boeing 737 MAX and the August loss of an Airbus A321 in a belly landing in a cornfield.

For the first time, its international traffic segment beat the demand for domestic, albeit only marginally. Of the total number of passengers transported, 50.3 per cent or 4.84 million passengers travelled on Ural Airlines’ 31,213 international flights, whilst 4.77 million utilised 35,652 flights inside the country. The 63,865 total number of flights in both segments was three per cent more than the airline registered in 2018. In the same period, RPKs improved by eight per cent to 23.38 million.

By further expanding its international route network service offering, the airline has launched several new routes, including those from its Yekaterinburg base to Phuket (Thailand) via Xian and to Almaty; as well as from Moscow to London, Bordeaux and Montpellier, and from Zhukovsky (near Moscow) to Yerevan, Budapest and Amsterdam; as well as from Irkutsk to Bangkok and from Perm to Prague.

Last year also saw an important development in its fleet strategy, with Ural Airlines taking delivery of four next-generation Airbus narrow-bodies – an A321neo and three A320neos. The resulting number of aircraft in its fleet has remained the same at 47, however, as the airline also phased out three of its older aircraft and lost one in a hull-loss incident in August 2019 near Moscow.

With the delivery of yet another A321neo postponed to January 2020, thus far the fleet remains Airbus-only, as the planned delivery of two of the Boeing 737 MAX-8 aircraft the airline has on order are pending indefinitely.

Also, in the expansion of its in-house maintenance capabilities, the airline has launched additional facilities for its Yekaterinburg-based Aviation Maintenance Center, including facilities for servicing wheels and carrying out brake repairs, as well as composite materials and cabin interior equipment repairs.