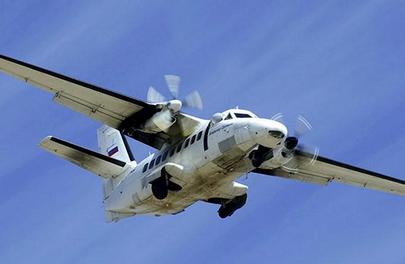 Russia’s Ministry of Industry and Trade has specified plans for adding local content to the production of L-410 twin-engine turboprop at the Yekaterinburg-based Ural Works of Civil Aviation (UWCA). The plans call for partial replacement of avionics with Russian-made equipment by 2017, with further complete replacement of the avionics suite planned for 2019. Also in 2019, the Russian producer also plans to introduce modification to the landing gear. By 2020 the ministry also expects to replace the GE H80-200 with a Russian engine, which will allegedly be produced by several manufacturers in Sverdlovsk region. No details have been disclosed so far. However, the volume of local content in the aircraft’s production should exceed 50%.

The frame agreement between the Aircraft Industries (100% of shares owned by the Russian Ural Mining and Metallurgical Company (UMMC) and the UWCA, under which the Yekaterinburg-based OEM will assemble the 19-seat turboprops, was signed in July 2015. The assembly line will be part of the special economic zone called Titanium Valley.

This year the ministry will allocate about 540 million rubles to the project ($8.2 million). The money will be used for the construction of the L-410 production facilities, which is already underway. Out of the total investment of 1.43 billion rubles, about 200 million rubles will be contributed by the UWCA.

According to the ministry, there is demand for production of about 80 L-410s stemming from regional administrations. There is so far just one preliminary order for 30 aircraft, which are supposed to be assembled by 2020. The first six aircraft are expected to leave the assembly line in 2017, and starting from 2019 the annual output will grow from 12 to potentially 20 aircraft.