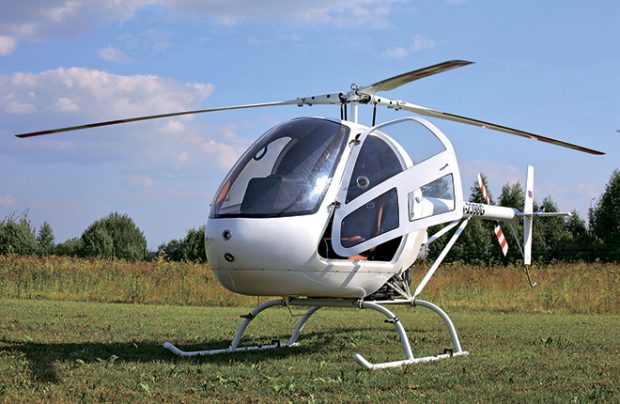 Weighing in at just 780 kg MTOW, the rotorcraft cruises at 140 km/h

Perm-based Western Ural Machine Building Plant (abbreviated to ZUMZ in Russian) is demonstrating the Orlan light twin-seat helicopter at MAKS. The aircraft is a derivative of the Ukrainian AK 1-3 model. ZUMZ was responsible for designing and producing airframe components as part of the project.

Compared to the original model, the Orlan features a modified cockpit, more capacious fuel tanks, and a number of minor improvements, ZUMZ told Russian Aviation Insider. The enterprise is currently in the process of designing the engine cowling, and is considering replacing the current 156-hp Subaru EJ-25 powerplant with a more powerful option.

The new rotorcraft has completed the required minimum of tests, but a decision has been made to continue trials in winter conditions. A single flying prototype has been assembled so far; the second one is to be completed by August.

The existing prototype is registered as an experimental aircraft. The manufacturer promises to assist customers with obtaining an airworthiness certificate and provide them with the requisite type rating (a PPL certificate being a prerequisite). The Orlan’s price tag is expected to be about 10 million rubles ($166,000).

The manufacturer has been in talks over deliveries to the Russian police force in the aerial patrol role. The Orlan has already taken part in search-and-rescue operations, and could also be used for sport flying or as a training aircraft.