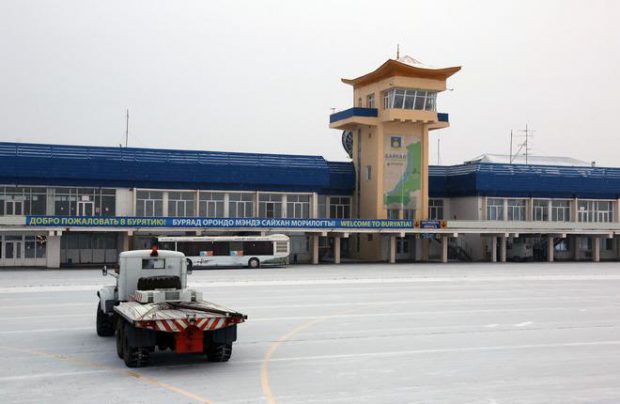 No specific date has been announced for the introduction of an open skies regime at Baikal Airport (Fyodor Borisov / Transport-photo.com)

The Russian authorities are planning to introduce an open skies regime at Baikal Airport outside Ulan-Ude, the capital city of the Republlic of Buryatia. The move would remove all restrictions on foreign airlines’ operations to the airport, the regional administration said in a statement, citing Russian Transport Minister Maksim Sokolov.

No details are currently available as to when the regime could become effective and how long it would last.

An opportunity to fly to Ulan-Ude under the fifth freedom of the air should be of primary interest to Southeast Asian and Asia-Pacific carriers, Sokolov noted. In particular, he said, Buryatia might become a convenient stopover for aircraft flying from Asia to Europe.

The fifth fredom means that such airlines would be able to pick up passengers at Ulan-Ude on their way to third countries. Acting president of Buryatia Alexey Tsydenov has expressed the hope that liberalization of air travel through Ulan-Ude will be beneficial for the region’s tourism and economy.

The open skies policy is currently in effect at three Russian airports: in Vladivostok, Sochi, and Kaliningrad. Although such liberalization undoubtedly holds great potential, the results have so far been quite modest.

Several other Russian cities, including Krasnoyarsk and Khabarovsk, have expressed the desire to introduce open skies in the past; St. Petersburg’s Pulkovo airport has always been a vocal advocate of liberalization. However, Alexander Neradko, head of the Federal Air Transport Agency (FATA), points out that such a decision requires a convincing reason and a thorough analysis of possible concequences.

According the data posted by FATA for the first half of this year, Ulan-Ude currently ranks 66th on the list of Russian airports by traffic. The airport served 95,500 passengers in January thhrough June, down 7.7% year-on-year.

Construction of a second runway is underway at the airport. Interfax-Rossiya news agency quotes Sokolov as saying that the runway is scheduled to become operational by June 1, 2018.