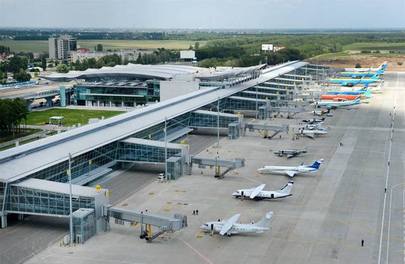 January 14 marks the coming into force of the Open Skies agreement between Ukraine and the US, signed in summer 2015, Ukrainian Deputy Infrastructure Minister Volodymyr Omelyan has reported on his Facebook page. “As per the statement of the US Embassy in Ukraine, all the legal formalities have now been completed, and the agreement between the governments of Ukraine and the US regarding air travel is now effective,” reads Omelyan’s entry.

The Open Skies agreement was signed on July 14, 2015 in Washington, D.C., and was ratified by the Ukrainian parliament on November 4. Under to the document, both countries’ carriers are allowed to exercise fifth freedom traffic rights in the other country’s airspace, which implies operating flights which either originate or end in their own country with a transit landing in the partner country, where they may pick up or drop off passengers. The document also lifts all restrictions on flight frequencies and capacities, and allows the two countries’ carriers to perform self-facilitated ground handling at airports.

The new document replaces the bilateral air transport agreement between Ukraine and the US signed on June 5, 2000.

The Open Skies agreement “strengthens our bilateral economic ties and facilitates the growth of civil aviation between our two countries,” a spokeswoman for the US Department of State has commented. It should also “eliminate government interference in the commercial decisions of air carriers about routes, capacity, and pricing,” she added.

At present, Ukraine International Airlines is the only carrier operating a direct service between the two countries, with four weekly flights between Kyiv and New York in the winter schedule with a 261-seat Boeing 767-300ER.

Notably, Ukrainian carriers would have benefited more from a similar arrangement with the European Union. The relevant agreement had been expected to be signed in 2014. The formal cause of the delay in talks was reportedly an indefinite jurisdiction over Gibraltar, but Ukrainian Infrastructure Minister Andriy Pyvovarsky says the EU authorities have since sorted that issue. Should the process be finalized, European and Ukrainian carriers will be cleared to fly between their respective countries without intergovernment coordination of the routes.

Ukraine has unilaterally introduced the Open Skies regime at the Lviv and Odessa airports, and may additionally remove current restrictions on foreign carriers operating to other regional airports.