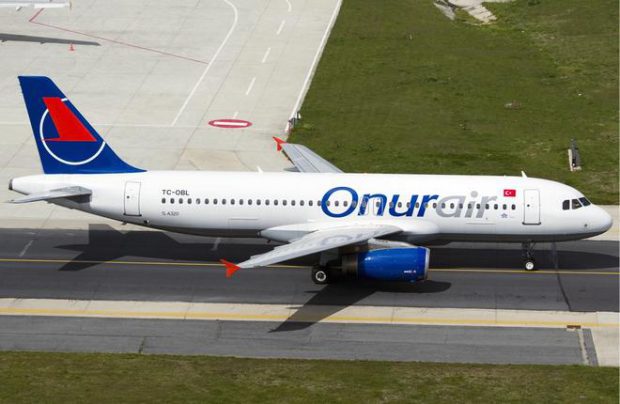 Turkish low-cost carrier Onur Air has resumed flights from Antalya to Moscow’s Sheremetyevo. Daily flights from Antalya to Moscow will be carried out until October 30 on board a 219-seat single-class Airbus A321. The decision comes  in the wake of Russia’s official lift of its ban on restriction on tourism in Turkey, imposed on July 16. Charter flights to Turkey remain under ban, since last October following a conflict over a Russian Su-24 combat aicraft brought down by the Turkish air forces.

Until charter operations are allowed – which, according to Russian media, will happen once Turkey manages to convince Russian authorities that the country is safe for Russian tourists – regular carriers from both countires benefit from the flow of Russian tourists traveling to the country’s holiday destinations this season.

Based at Istanbul’s Ataturk Airport, Onur Air  operated regular seasonal flights between Turkey and Sheremetyevo in 2014 and 2015.