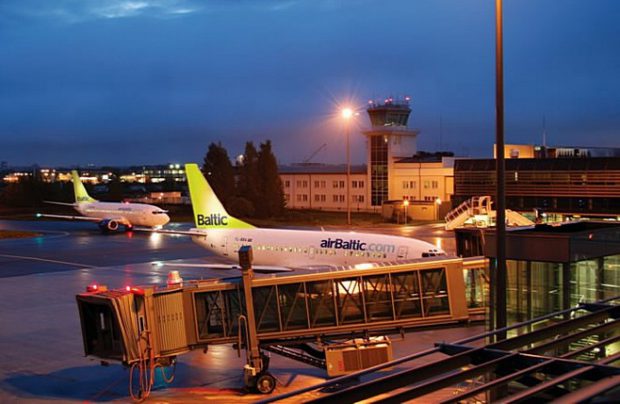 During the first four months of this year airBaltic operated 16,296 flights, 15 per cent more year-on-year (airBaltic)

In the first four months of 2018, Latvia’s airBaltic served 1.066 million passengers, 22 per cent more than in the same period last year. In what was the best April in the airline’s history, 335,800 passengers, or 16 per cent more year-on-year, chose to travel with the carrier.

“As we enter the 2018 summer season, and our operations increase month by month, we are happy to see that this is the best April in the history of airBaltic,” enthuses Martin Gauss, chief executive officer of airBaltic. “Last month we carried twice as many passengers as we did only 10 years ago,” he adds.

During the first four months of this year airBaltic operated 16,296 flights, 15 per cent more than in the same period of 2017 and the airline’s seat load factor during the period remained unchanged at 69 per cent.

Branding itself as ‘the world’s most punctual airline’, airBaltic maintained its flight dispatch reliability at 90.4 per cent in the first four months of 2018 whilst, in April, its impressive flight punctuality flew even higher at 91.8 per cent.

airBaltic serves more than 70 routes from all capitals – Riga, Tallinn and Vilnius – in the Baltic states, offering what it calls ‘the largest variety of destinations and connections’ via Riga to its network spanning Europe, Scandinavia, the CIS and the Middle East. For the current summer season airBaltic has introduced eight new destinations from Riga to Malaga, Lisbon, Split, Bordeaux, Gdansk and Almaty as well as to Sochi and Kaliningrad. In addition, it has launched a new direct route connecting Tallinn with London.

A joint stock company established in 1995, airBaltic’s primary shareholder is the Latvian state, which holds 80.05 per cent of the shares, while Danish businessman Lars Thuesen holds around 20 per cent through his fully-owned Aircraft Leasing 1 SIA. The airline’s fleet consists of 31 aircraft: eight Bombardier CS300s, 11 Boeing 737s and 12 Bombardier Q400NG turboprops.