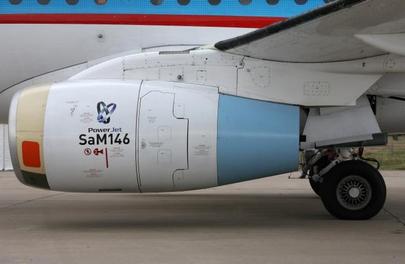 The SaM146 engine (Photo by Transport-Photo.com)

NPO Saturn, a subsidiary of the United Engine Corporation (UEC), is planning to produce 62 PowerJet SaM146 engines for Sukhoi Superjet 100 (SSJ 100) aircraft, according to what the company’s general designer Yuriy Shmotin said at the International Engine Building Forum held in Moscow from April 19 to 21.  The Russian company produces these engine units in the town of Rybinsk, in cooperation with its French partner Safran, in the framework of a joint venture called PowerJet. Earlier this year, the company assembled the 200th series-production engine of this type. In 2015, NPO Saturn produced 39 engines.

Apparently, the increase in production of SaM146s is related to the United Aircraft Corporation’s (UAC) plans to sell 27 SSJ 100 aircraft in 2016. Last year, only 17 SSJ 100s were built.

According to Yuriy Shmotin, SaM146 engines have already accumulated over 350 thousand running hours from the beginning of their operation. They are most actively used by the two carriers with the largest SSJ 100 fleets: the Mexican carrier Interjet and the Russian carrier Aeroflot. Interjet showed the greatest flying time for a specific engine, equal to 5,000 cycles. Another SSJ 100 operator, Yakutia Airlines, is in possession of the SaM146 engine with the most flight hours, an engine that has accumulated 6000 hours in total.

The NPO Saturn’s general designer said that his company is going to start supplying engines to a new client for Sukhoi Superjet 100s: the Irish airline CityJet, which is expected to take delivery of its first aircraft of this type in May 2016. According to Yuriy Shmotin, the SaM146 engine thrust is sufficient for the steep approach landing required for flying into London City airport, where the Irish airline is based.

Yuriy Shmotin added that the SaM146 thrust reserve will be also sufficient for the stretched version of the Sukhoi Superjet aircraft, the SSJ 100SV, which is currently being finalized by Sukhoi Civil Aircraft company (SCAC). Besides this, NPO Saturn is constantly working on engine improvements, extending its lifetime and designing new composite parts.