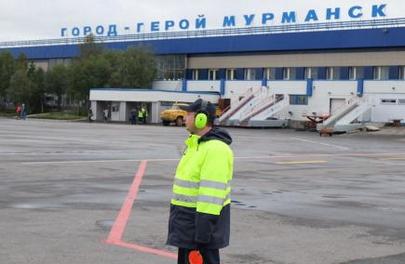 Novaport holding, which manages several airports in Russia and has recently acquired controlling interest in Murmansk airport, is intending to buy out the enterprise’s stake from its other major stakeholder, Gazprom Oil. According to Interfax newswire, which cites Novaport’s general director Sergey Rudakov, the parties have already signed a preliminary agreement, which means that Novaport is likely to consolidate almost 100% of Murmansk airport shares before year-end. The holding is elaborating plans of the airport’s infrastructure development and intends to attract Pobeda, Aeroflot’s low-cost subsidiary, to fly from Murmansk.

Earlier Rudakov announced that Novaport was interested in investing in several other airports: Irkutsk, Omsk and Yuzhno-Sakhalinsk. The former two are “close to the company’s vision”, he said.

Murmansk airport served 0.35 million passengers in the first half of 2015, showing a 12% YOY traffic growth. The airport’s general director Dmitry Slastin explained that the growth is due to increase in the number of regular domestic routes and new destinations. In 2014 the airport’s traffic totaled 0.7 million passengers.

Apart from Novaport, there are two more major airport holdings in Russia: Airports of Regions and Basel Aero, each with four airports in their portfolios.