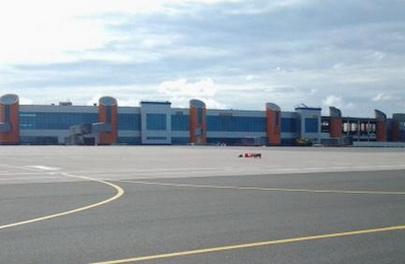 Aeroinvest holding has sold all of its airport assets, which include 100% of Kaliningrad’s Khrabrovo Airport and 60% of Mineralnye Vody Airport to its former competitor, Novaport. The amount of the deal exceeds 11 billion rubles ($171.8 billion), Vedomosti reports. Aeroinvest reportedly intends to focus on its other business directions – managing real estate in Sochi and agriculture.

According to RBC newswire, Aeroinvest had invested over 10 billion rubles into both airports.

Khrabrovo Airport serves the Russian exclave city of Kaliningrad on the coast of the Baltic Sea. Aeroinvest was responsible for the airport reconstruction, including construction of the new passenger terminal in advance of the 2018 FIFA Cup, but the works were behind the schedule, which, industry experts believe, may have been a reason behind the sale. The airport served 1.5 million passengers in 2015, and is the 19th among Russian airports by traffic.

Mineralnye Vody is an airport, which serves the homonymous mineral water resort in Caucasus. The remaining 40% of the airport are owned by the administration of Stavropolye region. The airport holds 13th position in the Russian airport rating by traffic, which reached 2 million passengers last year.