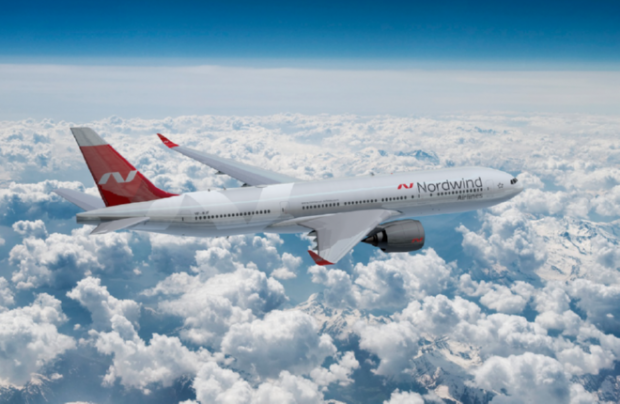 Russian carrier Nordwind Airlines is expanding its fleet and rebranding in a bid to increase its presence on the domestic air travel market, CCO Imran Nazarov told Russian Aviation Insider. According to Nazarov, seven Boeing 737-800s in Nordwind’s new livery will be delivered before the end of May.

The first of the batch (serial number 42059, built in 2016) is currently undergoing a maintenance check at Woensdrecht Airport in the Netherlands. It was photographed by the airline’s employee, who posted the picture in his social media account. The aircraft is scheduled to arrive in Russia in early April. Nazarov said the new airplanes will be primarily operated on Nordwind’s domestic routes, including those subsidized by the government. He also promised that the airline’s new brand image will not only the way its aircraft look inside and outside, but will also improve the overall passenger experience.

Nordwind Airlines was founded in 2008; 95.1% of the carrier is owned by Pegas Ltd, a tour operator better known by its market name Pegas Touristik.

In the first two months of 2017 Nordwind carried 256,000 passengers, twice as many as in the same period of last year. It currently ranks as Russia’s ninth largest airline by traffic.