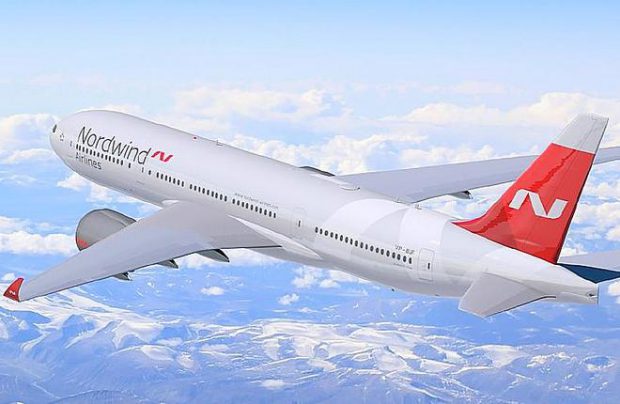 Nordwind Airlines, Russia’s seventh largest passenger carrier that is backed by Turkish investors, has taken delivery of its first aircraft so far this tear. The Boeing 777 is the ninth of the type in the airline’s 30-strong fleet. Nordwind has not revealed any further details of its fleet expansion plans for this year.

The latest Boeing 777-300ER, with tail number VP-BJP (s.n. 35299), landed at its Moscow Sheremetyevo airport base on March 3 and is currently undergoing Customs clearance formalities. Its sole previous operator was Hong Kong-based Cathay Pacific. The aircraft is the 40th Boeing 777 in commercial operation in Russia, the ninth of the type in Nordwind’s fleet, and offers less capacity than its siblings. According to Russian Aviation Insider’s data, the latest delivery is currently configured with 275 seats, but more may be added later.

In 2018 Pegas Touristik’s two airlines ranked fifth largest in Russia by traffic (almost seven million passengers, up 41 per cent on 2017) and fourth largest by RPKs (20.6 billion, a 39 per cent improvement on 2017).