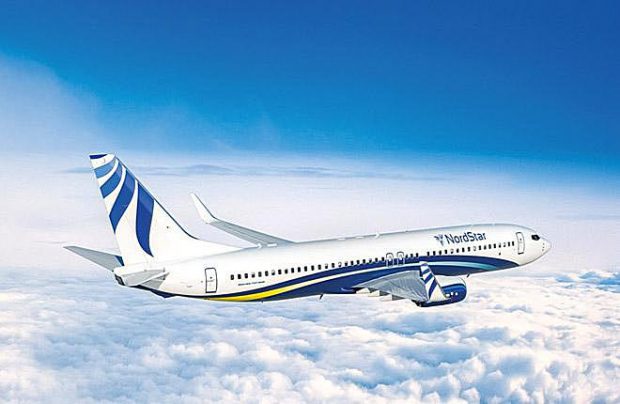 Russian regional airline NordStar has found a temporary replacement for the suspended Boeing 737 MAX aircraft it has on order. The airline, which is 100 per cent owned by the Norilsk Nickel MMC mining and smelting giant, was scheduled to receive three of the new, re-engined narrow-bodies in the first half of this year, but since the deliveries have been delayed until 2020 at the earliest, it has opted instead for adding more B737-800s.

One such aircraft, with registration VQ-BAA and configured with 156 seats in economy class and 12 in business, entered service with the Norilsk-based carrier, in early August. Its 10-year history includes service with both Air China and India’s now defunct Jet Airways. The aircraft has been taken on a five-year lease contract from CDB Aviation, marking the first cooperation between the Irish-registered subsidiary of the Chinese lessor and NordStar.

“We are very pleased to work with CDB Aviation in adding this aircraft to our fleet, which will improve our overall passenger capacity capabilities in order to meet air travel demand within our network,” comments Leonid Mokhov, NordStar Airlines’ chief executive.

NordStar currently operates a fleet of eight Boeing 737-800s, a single B737-300 and five ATR 42-500s. According to Russian Aviation Insider’s sources, the airline is considering adding two more B737-800s in the first half of 2020. In the meantime, it is not scrapping its Boeing 737 MAX order. Indeed, the airline’s technical director Andrey Averyanov earlier told the publication that the newly arriving aircraft will be painted in NordStar’s corporate colours.

In the first six months of this year, NordStar, which is ranked as the 16th largest Russian carrier, transported some 570,700 passengers, down by 13.7 per cent year-on-year.

In 2017 the airline successfully underwent an IATA Operational Safety Audit (IOSA) and was therefore added to the IOSA registry. Its scheduled flight network comprises more than 50 destinations, including from its base airports of Domodedovo (Moscow) and Krasnoyarsk.