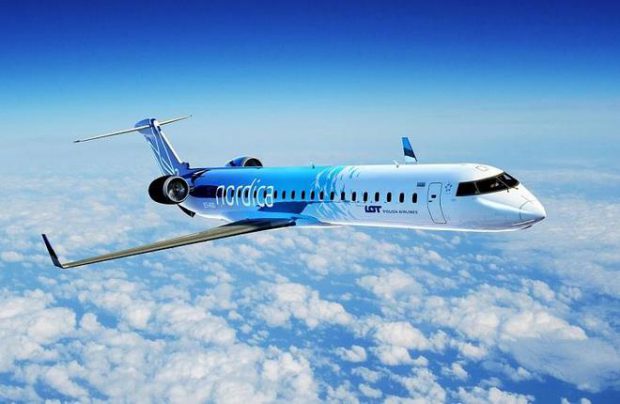 Nordica, Estonia’s national airline, has been setting new passenger records in 2017 as more and more travelers in the Baltic state take to the air.

The big improvement helped Nordica retain its market leadership (27%) for flights departing from the capital city of Tallinn, with its nearest competitor, Latvia’s airBaltic, achieving a market share of 17.8%.

Nordica operated a total of 1,027 flights in the month, with 83.5% of those departing within 15 minutes of their scheduled time.

Toomas Uibo, Nordica’s director of marketing and communications, says that the latest passenger numbers are very reassuring, although he notes that on-time departure performance could be even better.

“We are certainly within budget, and the summer season has started really well for us,” Uibo comments. “People in Estonia are traveling more, and we are really grateful that Nordica is now their first preference. We are looking forward to good results in the next few months.”

The airline’s most popular destinations in June were Stockholm, Munich, and Brussels.

June was also the month when the largest ever number of passengers, 258,000, passed through Tallinn airport, with the last week of the month reaching a new record of 62,744.

Eero Pärgmäe, director of marketing at the airport, says the increase in passengers is being driven by more and more flight opportunities. In June, regular direct flights to 35 destinations took place; and Nordica has been the airline with the largest increase in the number of seats offered.

“Increasing the throughput of the security check area at the airport has helped us handle the record-breaking number of passengers better, and we predict a continued demand of the same scale at least until October,” Pärgmäe remarks.

But because of increased pressure on security checking processes, the airport is advising passengers to arrive at the airport at least 1.5 to two hours before the flight depart times, in order to avoid large jams, especially during peak hours.

Compared to last year, Warsaw enjoyed the largest number of added flights from Tallinn. It is now possible to fly to the Polish capital three times a day.

Also in June, Spanish airline Vueling restarted summer flights between Tallinn and Barcelona, whilst flights to and from Frankfurt attracted the largest number of passengers.

Regarding charter flights, the most popular destinations are tourist resorts of Greece, Turkey, and Bulgaria.