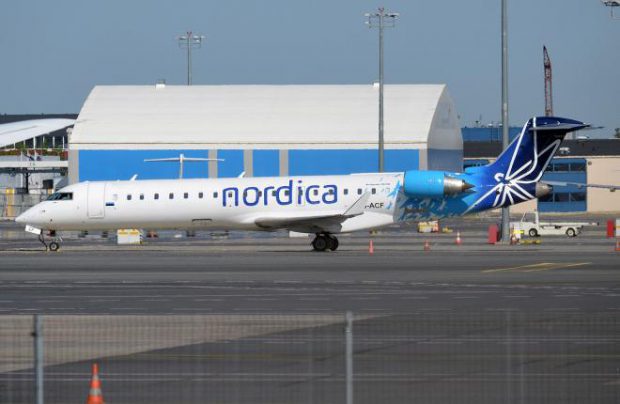 Starting in May Nordica will operate up to 13 weekly flights to St. Petersburg (Photo by Anna Zvereva / Wikipedia)

Estonia’s national carrier Nordica (previously, Nordic Aviation Group; owned by the Estonian government) will launch its first direct flights from Tallinn to Russia. The first regular flight to St. Petersburg Pulkovo airport will take off on May 15.

Currently Nordica’s reservation system offers flights to Russia, however, it’s a flight from Ljubljana to Moscow Sheremetyevo with a connection in Warsaw, the base airport for the airline’s partner LOT Polish Airlines.

There has not been direct connection between St. Petersburg and the Estonian capital since fall of 2015, when Estonian Air, which operated the line, went out of business.

According to a statement published by Pulkovo’s management company, North Capital Gateway, Nordica will operate up to 13 weekly flights on board of 88-seat Bombardier CRJ900 jet aircraft. The 50 minute flights will be operated jointly with LOT.

“Estonian capital remains a popular tourist and business destination for the citizens of St. Petersburg and the entire Russia’s North-West region. It is also a popular transit airport for traveling to European countries,” Evgeniy Ilyin, the NCG’s commercial director commented.

Nordica’s competitor on the route is Russian RusLine which plans to launch direct seasonal service from Pulkovo to Tallinn on May 22.

Nordic Aviation Group was founded In September 2015 by a decree of Estonian government as replacement for former national carrier Estonian Air, which went bankrupt same year. Nordica is the commercial brand name used by the airline since March 2016.

Estonian national broadcasting company reported, citing the carrier’s financial officer Ahto Parl, that in the first 15 months of the airline’s operations its losses were less than initially projected. “In early 2016 we claimed our objective to reach the minus 15 million euros benchmark. But we are now approaching a much better result than the one we forecasted earlier,” Parl said.

For 2017 the carrier has projected losses in the amount of 6 million euros, which should decrease to 3 million euros by the end of 2018. The airline was calculating to reach a break-even point and climb into black ink in 2019.