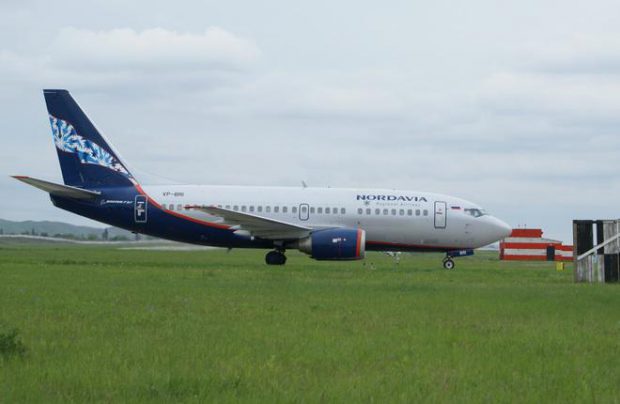 Due to the age of Nordavia’s Boeing 737-500 the maintenance of these aircraft becomes more expensive for the airline (Photo by ATO.ru)

Russia’s regional carrier Nordavia is planning to start operation of Airbus A320, a new type of aircraft for the company. The fleet of this Arkhangelsk-based airline now fully consists of Boeing 737-500s, but it is expected to withdraw them from 2018.

Several industry sources confirmed to Russian Aviation Insider that Nordavia plans to start A320 aircraft operation. Viktor Anoshkin, the airline information and corporate communications director explained the preparations for the new type of aircraft operation are underway. However he denied giving additional comments considering them to be premature.

Unofficially Nordavia told Russian Aviation Insider it is planning to receive four 180-seat single-class A320 aircraft: two airframes in April and two in May. Leasing agreements have already been negotiated and now undergoing corporate procedures in Nordavia.

The airline would like to start A320 commercial operation in May. The new aircraft will be mainly based in Moscow Domodedovo airport.

In the beginning of 2018 the carrier is planning to cut the number of Boeing 737-500 by two airframes. The primary reason for this is economy – due to the age of the aircraft they will soon require a costly scheduled maintenance.

According to the Federal Air Transport Agency, in January Nordavia served about 80 thousand passengers which is 60% more than in January 2016. Last spring the carrier’s owner Norilsk Nickel (Nornickel) sold it to the Russian businessman Sergey Kuznetsov.