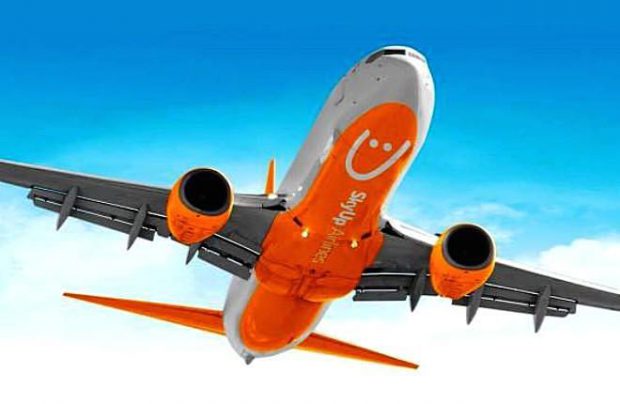 On receipt of its air operator’s certificate (AOC) last week, new Ukrainian low-cost carrier SkyUp Airlines started business at the weekend with a single aircraft operation (UR-SQA). A second Boeing 737-800 (UR-SQB) will join the flight charter programme on May 25, after painting, SkyUp reports.

UR-SQA and UR-SQB, both ex-Malaysian Airlines -800s and which were both produced in 2013, will be based at Kyiv International Igor Sikorsky Airport (formerly Zhulyany).

International charter flights to leisure destinations will be performed on behalf of the carrier’s strategic partner Join Up!, which is one of the country’s leading tour operators, the owners of which are also the airline’s founders (Yuri and Tatyana Alba).

A third aircraft, the smaller B737-700 is to join the fleet soon, as revealed in an earlier interview with ATO.ru, Russian Aviation Insider’s sister publication and Evgeny Khainatsky, SkyUp’s general director. A fourth aircraft is scheduled to arrive in the autumn.

Plans for the first year of business include initially launching an international charter programme to leisure destinations, followed by scheduled domestic flights, presumably on the Kyiv to Odesa and Kharkiv to Odessa routes. International scheduled operations are also on the horizon, but at later stage.

Scheduled services will be in the typical low-cost carrier style, with most of the traditional services not included in the ticket price. “The first year of operations will be shifted more towards charter flights. But as the fleet is added and with us growing, we plan to have a 50-50 split of scheduled and charter flights,” Khainatsky explained.

The carrier’s current plans call for its fleet to grow by two to three aircraft annually, reaching 12 units by 2022. To meet further demand in Ukraine, in March, SkyUp signed a firm order for three Boeing 737 MAX 10s and two B737 MAX 8s for delivery from 2023, as well as an option for five more B737 MAX airliners.